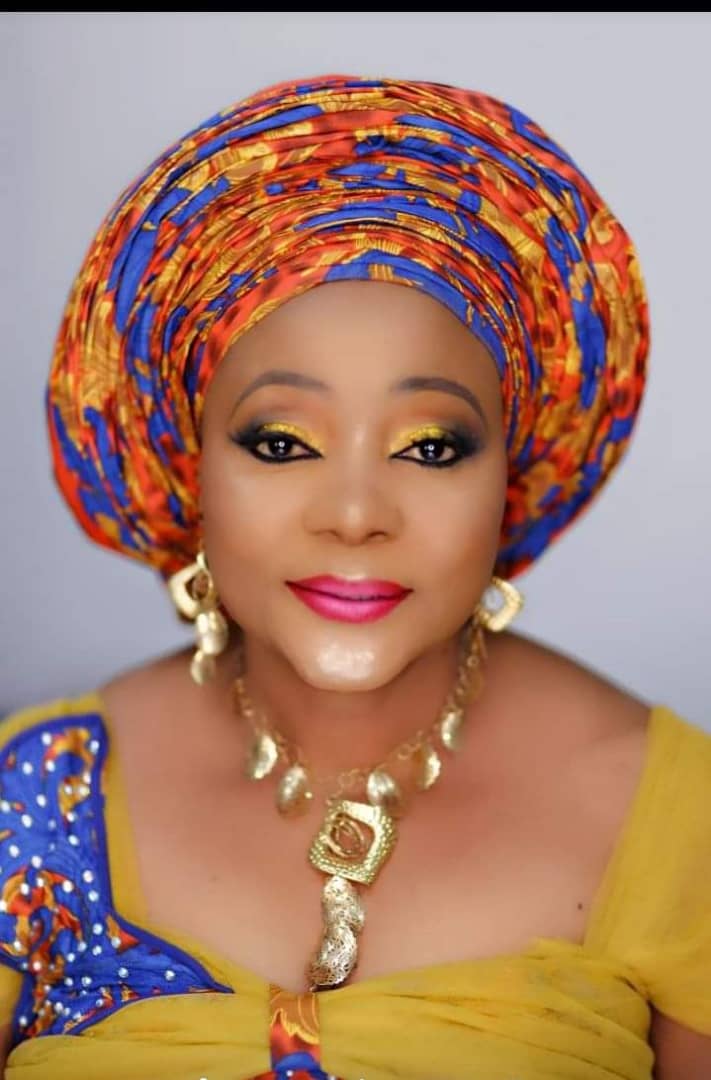 These are good times for popular Lagos businesswoman, Alhaja Tai Elemosho, who is popularly called . The good news is that this Lagos socialite and APC chieftain bought the property hosting her shop(where she sells top quality shoes and bags) after having a tenant for 20 years(since 1999).

She bought the building from the landlord at an undisclosed amount of money which is huge. So, now with the purchase, the whole house now belongs to the pretty lady K1 nicknamed Alhaja Tai in one of his songs in which he praise sang her several years.

Unknown to many people, Montai who is a Mass Comm.graduate of UNILAG is actually a big real estate player in Lagos. Many don’t know that she has a Construction company with many workers and the company has constructed a lot of estates around Lagos. She is one of the big building contractors to the Lagos state government.

She sees her successful purchase of the building as a major breakthrough because it is a prime property located on a high street, Toyin Street in the ikeja area of Lagos.”I take it as a gratitude to God that where one was a tenant for the past 20years has now become mine.

It now belongs to me. To God be the Glory. ” Citypeople gathered that the purchase of her shop building is an addition to her other properties around lagos.

The building is massive. It’s a one storey commercial building with additional 2 or 3 bedroom flats at the back.Work is ongoing to give the building a new look as from April 1 2019.

The Softer Side Of New OYO Gov Elect Revealed!

How I Turned My Passion Into Business...

The Belois Couture Candy Top Is A...

My Grandpa Introduced Me To Fashion As...