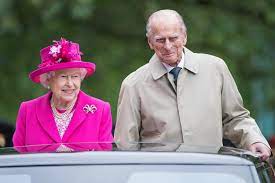 The United Kingdom’s Prince Philip, husband of Queen Elizabeth II, has died at age 99 in Buckingham Palace on Friday.

“It is with deep sorrow that Her Majesty The Queen announces the death of her beloved husband, His Royal Highness The Prince Philip, Duke of Edinburgh,” the palace said in a statement

“His Royal Highness passed away peacefully this morning at Windsor Castle. Further announcements will be made in due course. The Royal Family joins with people around the world in mourning his loss.”

The Duke of Edinburgh, as he was officially known, had spent four weeks in hospital earlier this year for treatment for an infection to have a heart procedure, but returned to Windsor in early March.

He had been by his wife’s side throughout her 69-year reign, the longest in British history, during which time he earned a reputation for a tough, no-nonsense attitude and a propensity for occasional gaffes.

His last public appearance came last July at a military ceremony at Windsor Castle, the royal palace to the west of London where he and the monarch have resided during COVID-19 lockdown.

Nigeria is the hub of stolen cars...