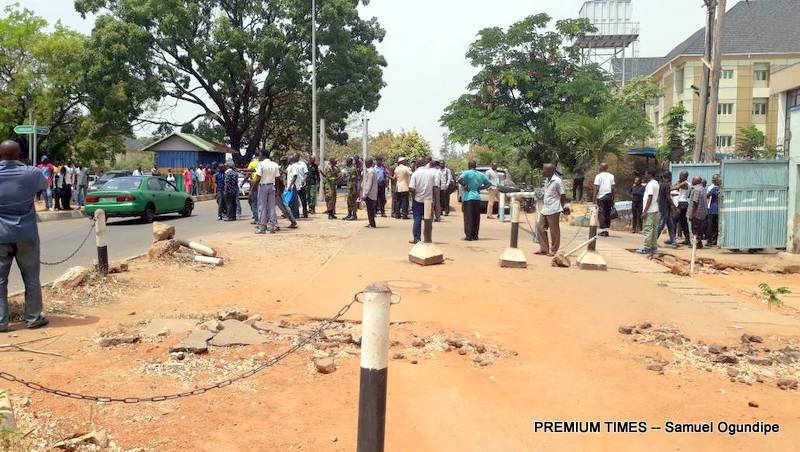 A media report reveals that violence has broken out after soldiers and policemen attached to The Abuja Environmental Protection Board (AEPB) tried to serve the Road Safety office in Wuze Zone 7 a violation notice.

The policemen and soldiers with the AEBP officials allegedly assaulted a female Road Safety marshal in the process and confrontation ensued.

During the fight, a soldier was reportedly wounded and a civilian staff of the AEPB was “taken hostage” by the Road Safety marshals.

In turn, soldiers and policemen who were part of the AEPB team seized a Road Safety officer.

There is currently a stalemate over the release of the “hostages”, as neither party was willing to free the persons in their respective custodies first.

The Road Safety demanded that its personnel must be released first while soldiers stood their grounds that Road Safety should first release the seized civilian AEPB staff, whom they escorted to serve the notice.

There is currently serious traffic build up around the area.
Journalists are currently making effort to reach the police, FRSC and the military for comments on this developing story.