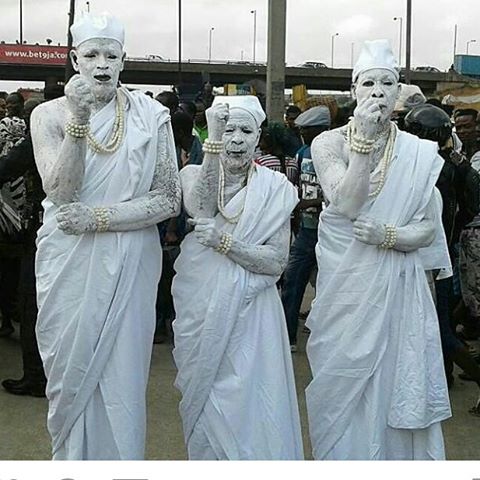 ‎
The colony of Lagos stretched to the east of Epe, west of Badagry, and the north of Isheri and Ikorodu.
‎
Oba of Lagos is not a political paramount traditional ruler in Lagos state. The headship is based on well documented age long history of a structured traditional institution.
‎
Oba of Lagos was not given headship by the british as muted in some quarters; Rather the British colonial government reduced the power and influence of Oba of Lagos in all these places .
‎
This influence of Oba of Lagos is dated to the period of Olofin, the founder of Lagos, an Awori man who was said to have come from Ife.

Olofin was conquered by then Oba of Benin but a truce was reached by both parties which is for Oba of Benin to rule over Lagos through his representative but Olofin and his children will still be in charge of lands in Lagos and the hinterlands.
‎
This authority was passed on from Oba Ado,the first crowned Oba of Lagos to all his descendants that have reigned as Oba to the present occupier of the stool, Oba Akiolu.
While all the descendants of Olofin are still in control of Lands in the state.
‎
For many years, during the reigns of Oba Akinsemoyin, Oba Ologunkutere, Oba Adele Ajosin and Oba Eshinlokun,Badagry was ruled from Isale Eko . ‎
‎
For many years, Lagos and its colony was not part of Nigeria. Not until 1951 when Lagos and its colony was merged with the western region.
The then Oba of Lagos , Oba Adeniji Adele was not comfortable with this, so he pushed for the independence of Lagos and its colony through series of letters written to the head of British government in Nigeria.
‎
In 1954, Lagos was taken out of western region, leaving its colony. This did not go down well with Oba Adele, who felt this was politically motivated by late sage, Obafemi Awolowo who was the head of western region government to reduce the power and political influence of Oba of Lagos and the elites.
Oba Adeniji Adele said the action of western region government had no historical basis….
‎
After many years of agitation and intellectual argument led by notable indigenes of the state, likes of Taslim Elias from the Island, TOS Benson and Adeniran Ogunsanya from Ikorodu to mention a few, the birth of Lagos with its colony came as an independent state in 1967 with the then Oba of Lagos, late Oba Adeyinka Oyekan made the unquestionable paramount head of traditional institution in Lagos state.

Till date, many Obas in Lagos state still derive their crowning authority from Isale Eko, the seat of traditional institution in the state. ‎

A Brief History Of Lagos was last modified: April 29th, 2017 by Daniji Emmanuel