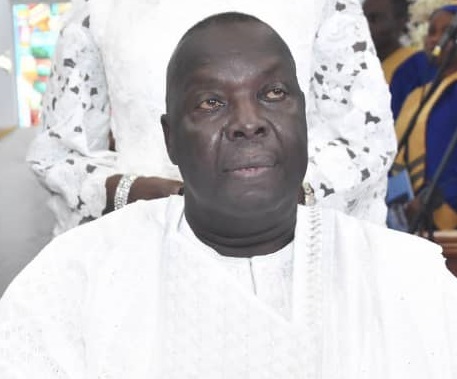 Few days after the announcement of the demise of Mr. Kehinde Afolabi, the twin brother of Sifax Boss, Dr.Taiwo Afolabi, the family has begun his Burial rites in the most befitting way.

The burial ceremony began on Thursday 29th September 2022 with Christian Wake Keep, laced with Songs of Service and Night of Tribute.
The programme was held at the Divine Emporium Event Center which is located along the Isheri-Igando area of Lagos State.

The pastor in the concluding part of his admonition prayed for the family of the deceased that God should uphold them and make the other ceremony for the burial hitch-free.

Also at the service, family members, friends, church members, neighbours and business associates of the deceased were given the privilege to give testimonies about the kind of man Mr. Kehinde was. He was identified as a gentleman who was hardworking, tolerant, benevolent and super social being. He was even referred to an angel in his endearing character.

Friday 30th September 2022 is the day the final burial would be concluded as the remains of the deceased would be lowered into the mother earth at the Ebony Vault in Ikoyi, Lagos.

This will be followed immediately by a reception party for guests which would be held at Harbour Point in Victoria Island, Lagos.

Late Mr. Kehinde Olushola Afolabi died at 60 years on September 17, 2022. He lived a fulfilled life and was survived by his wife, children, grandchildren, brothers, sisters, cousins, and in-laws. Until his death, he remained very popular among his family, friends and neighbourhood. He owned the popular Kenny Dallas Hotel and Suites. He was well known and a popular jingo and was nicknamed “Watari” , a name many people fondly call him in the community.

RUGGEDMAN ANNOUNCES NEW MUSIC AT HIS BIRTHDAY IN HOUSTON TEXAS

Revealed! The Most Rocked Jewellery Designs Of...