Home News CAF Player Of The Year 2018 Nominees: Salah, Mane & Aubameyang (Who Should Win It?)
News 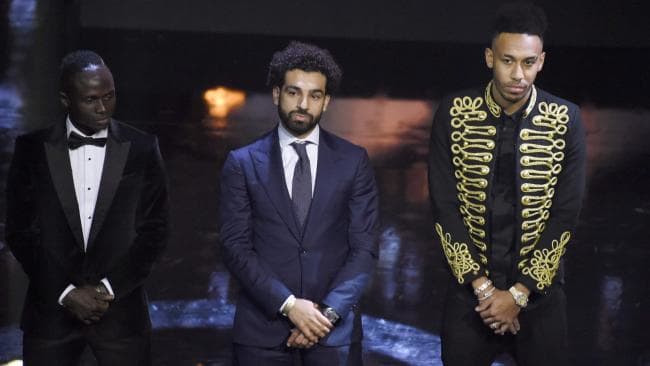 Mohamed Salah (Egypt, Liverpool), Pierre-Emerick Aubameyang (Gabon, Arsenal) & Sadio Mane (Senegal, Liverpool) have been confirmed as the Player of the Year finalists at the 2018 CAF Awards.

The winner of the award will be announced next week in Dakar, Senegal and we are scratching our head on who should grab the honour.

This short-list is an exact repeat of last year which Salah deservedly won.

So Naijaloaded Football Fans, Who Should Win This Year?

Aubameyang is having a scintillating year again in English football after his big money move from Dortmund.

The 2015 Player Of The Year winner is currently tied with Harry Kane at the top of the Premier League scoring chart with 14 goals.

Salah, who won the award last time has been influential to Liverpool’s title challenge this term. He broke the Premier League’s 38-game season goals record last season and led the club to the Champions League final.

Mane has also been an indispensable force for Liverpool this season. He scored in last year’s Champions League final and led his country Senegal to the world cup.

Who Should Win The 2018 CAF Player Of The Year Award- Salah, Mane or Aubameyang??

CAF Player Of The Year 2018 Nominees: Salah, Mane & Aubameyang (Who Should Win It?) was last modified: January 3rd, 2019 by Igbokwe John