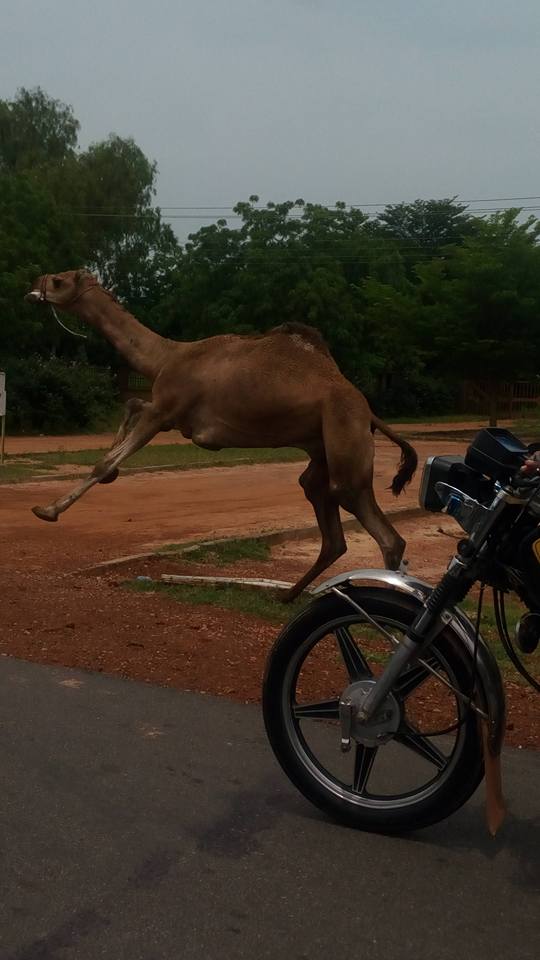 An 18-year-teenager boy has been killed by a camel in a village in Kebbi State in northwestern Nigeria when the boy, riding a motorcycle without light collided with the animal on a highway.

The incident happened in Koko village in the Koko Local Government Area of Kebbi on Oct. 2.

An eye-witness, Muhammadu Garba, told NAN in Koko on Wednesday that the camel attacked the boy after the boy, whose identity has yet to be ascertained, collided with the animal on his way back from the farm at dusk.

Garba said that the boy, riding a motorcycle without light, ran into the camel which was crossing the road.

The eye-witness said that the apparently enraged camel pursued the boy after the collision, pushing him to the ground, biting him and climbing over the boy’s body.

Garba said that attempts by passers-by and residents of the village to push off the animal from the boy proved unsuccessful as the camel refused to budge, resulting in the boy losing consciousness and passing out.

“Camel is a peaceful but dangerous animal that people need to be careful with.

”I saw when the camel was violently attacking the young boy with its legs but I was afraid to go close to the animal to attempt to rescue the boy,” Garba said.