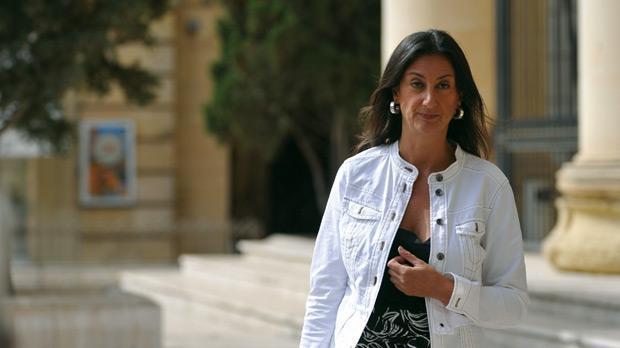 The Committee to Protect Journalists and the International Consortium of Investigative Journalists have called on authorities in Malta to swiftly ensure justice for Daphne Caruana Galizia, a prominent blogger killed today.

The car that Caruana Galizia was driving exploded near her house in Bidnija, in the north of the island, media reported.

Caruana Galizia, who reported on government corruption and the Panama Papers, told police two weeks ago that she had received death threats, according to Malta’s national broadcaster TVM, which did not provide further detail.

The journalist’s blog, Running Commentary, which included investigative reports and commentary on politicians, was one of the most widely read websites in Malta, according to reports.

A forensic expert was cited in local media as saying that preliminary investigations suggest that explosives were not placed inside the car, and that a remote control could have been used to set the bomb off.

Malta’s Prime Minister Joseph Muscat announced that the FBI had agreed to assist local police in the investigation, according to Reuters.

Mr. Muscat condemned today’s attack, which he described as an “attack on press freedom.”

The Prime Minister added in a statement, “Everyone knows Ms. Caruana Galizia was a harsh critic of mine, both politically and personally but nobody can justify this barbaric act in any way.”

Caruana Galizia’s reports about Mr. Muscat’s alleged connection to the Panama Papers scandal forced him to call early elections in June 2017, after harsh criticism from members of the European Parliament.

The 53-year-old journalist alleged that Mr. Muscat and his wife were behind an offshore company that received over US$1 million in payments from a Dubai company allegedly owned by Leyla Aliyeva, a daughter of Azerbaijan President Ilham Aliyev. Mr. Muscat denied the allegations, according to reports.

Caruana Galizia’s last blog, which was critical of the country’s opposition party, was posted at 2:35 p.m. local time, just a few minutes before she left her house, according to local reports.

CPJ documented in February how a court ordered her bank accounts to be frozen until a verdict was reached in a libel case that two government officials had filed against her. CPJ was unable to determine the current status of the case.

Investigative journalists around the world have condemned the killing and called for thorough investigation.

Gerard Ryle, director of the International Consortium of Investigative Journalists (ICIJ), issued the statement below following the tragic news from Malta:

“The International Consortium of Investigative Journalists is shocked by the news of the death of Maltese investigative journalist Daphne Caruana Galizia.

“Caruana Galizia has been at the forefront of important investigations in the public interest and has exposed offshore dealings of prominent political figures in Malta.

“ICIJ condemns violence against journalists and is deeply concerned about freedom of the press in Malta.

“ICIJ calls upon the Maltese authorities to investigate the murder and bring the perpetrators to justice.

“ICIJ’s thoughts are with the Caruana Galizia family at this time.”