Home News CBA FOUNDATION TAKES INTERVENTION AMONG UNDERPRIVILEGED WIDOWS TO THE NEXT LEVEL, WITH THEIR SOCIAL ENTERPRISE INITIATIVE
News

CBA FOUNDATION TAKES INTERVENTION AMONG UNDERPRIVILEGED WIDOWS TO THE NEXT LEVEL, WITH THEIR SOCIAL ENTERPRISE INITIATIVE 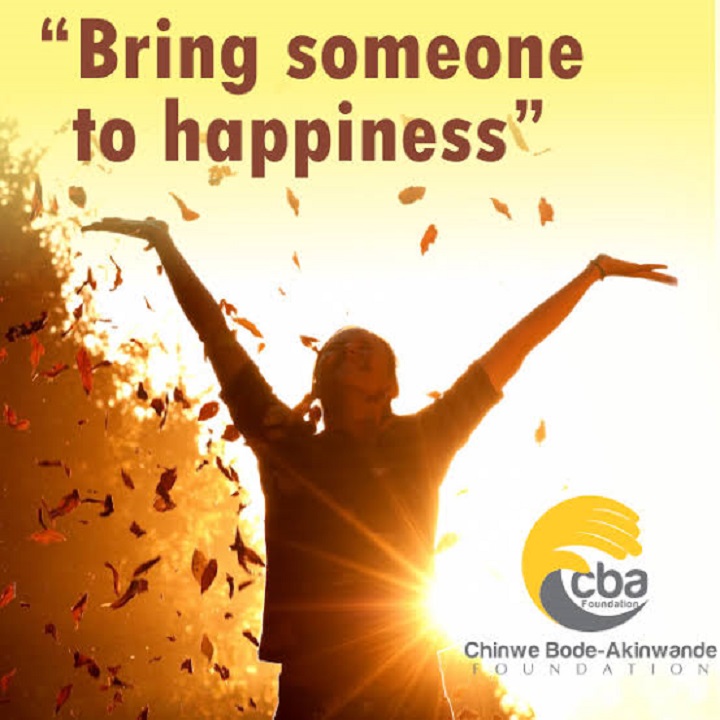 Suppose indications from two separate but related events that were held a few months ago are anything to go by. In that case, one of Nigeria’s most vulnerable groups may be on the verge of experiencing better times. The events, hosted in two separate states/regions and split by a 20-day interval, were held at a time when self-splurging by many young Nigerians was at octane levels, and saw young men and women behind an NGO that caters to the welfare of underprivileged widows and their vulnerable children, passionately putting the widows’ needs above their wants.

The NGO, CBA Foundation, its dedicated and passionate staff, some supporters and donors came out in their numbers on two dedicated days to give widows in selected communities in Lagos and Anambra a treat. The Lagos outreach benefitted, in a unique way, widows in six communities in Ibeju-Lekki, namely: Badore, Iberekodo, Museyo, Magbon Alade, Okunola Ilado and Magbon Iga.

CBA Foundation seized the opportunity of the outreach to launch a new initiative it tagged Social Enterprise Initiative. The Initiative, which is aimed at ensuring the long-term sustainability of all efforts to protect and promote the welfare of widows as well as their children, is to cater to the financial, mental and physical health needs of beneficiaries. The Initiative is designed to provide comprehensive support, including health interventions, skill acquisition, business set-up, food and drinks, clothes and shoes. It also includes general support for all affected widows.

The Founder/CEO of CBA Foundation, Mrs Chinwe Bode-Akinwande explained the reason for the Foundation’s shift to the new Initiative: “We have been doing outreaches and it has been non-stop, but the essence of this Social Enterprise Initiative is for the widows to have something that will sustain them even for a longer period, something that will give them hope, knowing that they have a sustainable source of livelihood and activities that remind them that they need to keep going.”

Continuing, she reveals when the idea for the new initiative began: “When the lockdown came during the peak of covid 19, we realised that there was a need again to have something sustainable for these women. With the Social Enterprise Initiative, we identify the skills they need to possess, and what they are passionate about, we also empower them with the necessary training and then set them up with all they need for the business. At the end of the day, they won’t have to wait daily for the CBA Foundation to give them food or clothing.”

Mrs Bode-Akinwande noted that the Initiative had been informed by a rigorous analysis of the data in their database, gathered over the years on widows whom they have reached out to and the support they have been receiving from both individual and corporate donors. She said that they had dimensioned all the critical issues from widows with critical needs, where the Foundation needed to begin its interventions, to widows who needed to be set up in business and to several widows’ children who needed to be reinstated back in school.

She also remarked that plans were underway at the Foundation to take the skills acquisition training further, beginning with adire-making (tie and dye). She announced that the Foundation would have a line of products that would be its adire pattern, displaying its unique signature. When sold, the net proceeds would be ploughed back into the Foundation as a constant stream of income.

The idea, the Foundation’s CEO stressed, would inspire the widows who show a keen interest in adire-making as they would be involved and exposed to its value chain which is essential to optimising their execution after their training. So, the adire-making training followed with tutorials on the step-by-step processes involved in it, materials needed and how to identify them, necessary safety precautions, various tie and dye techniques, packaging and distribution and how to make a living from adire-making.

For widows with impaired vision at the event, they could have free consultations with an ophthalmologist, get free eye tests and free reading glasses, courtesy of a partnership between FirstBank and Vision Spring. What followed when beneficiaries had the free reading glasses fitted and could see clearly were scenes similar to ones where people had experienced supernatural miracles. The ecstatic joy was palpable.

Take 59-year-old Hassanat Oyewunmi, for example. Tears of joy rolled freely from her eyes as she remarked that her farsightedness challenge had been addressed. She confessed excitedly that she felt “better, much better now with the glasses, and I can even see everyone clearly. It is good to know that we are not forgotten.”

Olabode Sadiat, 62, could not contain her joy as she wore her glasses and pointed in the distance, while indicating that she could see everything in her line of sight. She had suffered from a blurry vision that made reading her Bible difficult. “Nothing is more painful than not being able to read your Bible,” she had noted following the medical intervention.

The widows also received food, drinks, clothing and other materials that were distributed during the outreach. They were also given a final charge by Mrs Bode-Akinwande in which she reminded them that they were not alone and could always count on the support of the CBA Foundation.

In all, 165 widows across the six communities of Ibeju-Lekki benefitted when the Lagos outreach was held. The Anambra outreach, on the other hand, benefitted 75 widows from four communities in the Nnewi area of the state.

Food items and financial empowerment constituted the bulk of the support CBA Foundation gave the Anambra widows to celebrate the festive season. The Anambra initiative has enjoyed tremendous support from a donor who has been consistent over the past four years. The Founder of the Foundation expressed gratitude to the donor while remarking that the outreach is a source of enablement for the underprivileged widows and their children[KOT1] .

She continues: “We give hope to the hopeless. We are driven to support underprivileged widows to have a positive outlook on life despite the problems they experience by losing their loved one, mostly the breadwinner of the family.”

Both Lagos and Anambra outreaches were in some sense CBA Foundation’s way of giving underprivileged widows a “December to Remember” treat annually. Of course, that treat would at best be modest compared to how people who were not in any known vulnerable categories took care of themselves and themselves alone. Even with the best of intentions, CBA Foundation could only work with donations received from donors and supporters at a time of the year when most (young) people were dedicating more resources to the self-splurging that December has come to represent.

While it may not be in one’s place to dictate to others how they should spend the money they have worked so hard to make, one cannot help but try to point them to ways they could better dispense their hard-earned cash that would be in their enlightened self-interest. Or what sense is there in spending on oneself so lavishly and ostentatiously as though spending was going to go out of fashion at any moment only to provoke the have-nots to make one the target of their misdirected anger in a society that is largely dysfunctional?

A similar question should be addressed to the government and public officials: What sense is there in expending huge public resources on projects that have no direct bearing on the welfare of vulnerable groups when it only widens the gap between the haves (including public officials) and have-nots and exacerbates the conditions that heighten security concerns among the haves? At what point will the government, public officials and the privileged class start acting in their enlightened self-interest by committing genuine efforts to narrow the gap between those who have and those who can only wish?

It is high time public officials and the privileged began building strong coalitions and partnerships with groups and organizations that have been working to protect and support as well as advocate for the vulnerable for years now. They must begin to key into and support the organizations’ laudable initiatives that show great potential in helping to narrow the frightening gap.

CBA Foundation’s Social Enterprise Initiative represents one of such laudable initiatives. It is a well-thought-out initiative capable of transforming the existing arrangement for care and support of vulnerable groups such as underprivileged widows and their children and taking their welfare to the next level. The Government, individuals as well as corporate organizations must join hands with the Foundation if the Initiative is to have any chance of success.

Through its avowed commitment to “touching lives, giving hope…” not in mere words and empty promises but in genuine and visible action on the ground (see ample examples captured on its website: www.cbafoundation.org), CBA Foundation has already demonstrated its readiness to do more with additional support. It has shown that it is living true to its #CareIsAction DNA and can thus be trusted with more support. The Social Enterprise Initiative, therefore, will be delighted to have interested partners (individuals and corporate bodies) to send an email to: cbafoundationng@gmail.com to partner with the Foundation in the drive to take the welfare of underprivileged widows to the next level where its long-term sustainability is guaranteed.

CBA FOUNDATION TAKES INTERVENTION AMONG UNDERPRIVILEGED WIDOWS TO THE NEXT LEVEL, WITH THEIR SOCIAL ENTERPRISE INITIATIVE was last modified: August 7th, 2022 by Reporter

When Oladimeji Got Married To Olukemi In Grand Style in Lagos.

Why I Decided To Pitch My Tent...