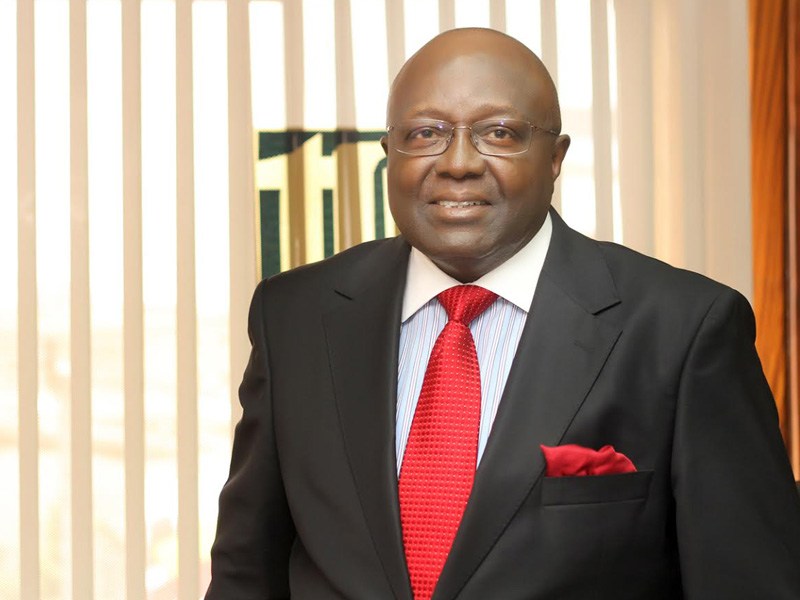 Dele Giwa and the Lagos media crowd made a rowdy and disruptive late entrance. It was a dinner party at Yemi Ogunbiyi’s staff quarters home at Ife. Stanley Macebuh had arrived earlier and kept us busy with his usual incisive cerebral excursions into the philosophy of nearly everything current.

Nothing thrilled him more than moments like this, when he would commune with like minds on nearly every subject. For those of us still engaged on campus, an opportunity to meet and mix with the intellectual core of the new Lagos media elite was welcome ventilation. It provided that rare opportunity to test our bookish assumptions against more current insights on contemporary issues wizened by close proximity with men of power.

Once the rest of the Lagos media train arrived, philosophy took a back seat and bacchanal cacophony seized the air. In air suffused with loud calypso music and the unmistakable aroma of good food and fine liquor, the serenity of the otherwise sleepy staff quarters was temporarily supplanted by the noise of enlightened rascality and increased vehicular traffic. All roads led to Yemi’s home where he and Sade were hosting a reception for Yemi Adefulu, a friend, who had just been appointed a commissioner in Ogun State. Yemi Ogunbiyi had this rare gift of occasionally bringing city to campus with smooth ease and effortless savvy. You did not need to look too far to see that his expansive social canvass and humanistic activism would soon burst the constrictions of a staid and humdrum academic career.

Against the classical orthodoxy that produced most of Nigeria’s first generation of writers and literary critics, something new was sprouting at Ife. Its essentially radical DNA materialized with the return of Wole Soyinka from exile and his own relocation to Ife. A new tribe of literary scholars gathered at Ife that included Wole Soyinka, Biodun Jeyifo, Kole Omotoso, Yemi Ogunbiyi, G.G Darah and later a host of remarkable foreign writers and scholars like the late Ugandan poet Okot p’Bitek and David Rubadiri.

Within Ife’s new essentially radical slant in the humanities, there was a decidedly left wing ideological bias. What is safest is to define the intellectual insurgency that took place at Ife in the 1970s and early 1980s as a radical revolt against orthodoxy in the humanities. This was coupled with a liberal reform in the university administration led by Prof. Ojetunji Aboyade, a workaholic liberal scholar as Vice Chancellor.

At the heart of the series of reforms at Ife then was a radical commitment to academic excellence rooted in rigorous research, a more student-centered teaching and above all increased direct social relevance of the university curriculum. At Ife under Aboyade, then, there was a decisive rejection of the concept of the university as an aloof ivory tower.

Yemi’s restless and endlessly innovative spirit fitted nicely into this new atmosphere where he distinguished himself as an outstanding teacher, scholar and researcher. While this leg of his career lasted, his students remember him as an outstanding teacher and restless searcher for new knowledge in his chosen field of theatre and drama. He constantly sought to find common grounds and historical links between African American, Caribbean and African traditions in drama and theatre. More importantly, he strove for a contemporary relevance for his discipline as evidenced by the introduction of a course on ‘Drama and Television’ during his tenure as head of the new drama department. His seminal collection of essays Drama and Theatre in Nigeria: A Critical Source Book remains required reading in many drama departments in Nigerian universities.

When Stanley Macebuh convinced him (as he subsequently did a number of us) to spend his sabbatical year at the newly established The Guardian, I had no illusion that he would not return to the classroom in any hurry. The reason is simple. The fresh challenges offered by the media world and the implicit opportunity to make a visible contribution in the way our society is run fitted into Yemi’s natural tendency to be where it is happening. As a great organizer, he brought his great energy and creativity to bear on his contributions to the running of The Guardian. In fairness to the businessman in Alex Ibru, he saw Yemi’s strengths and sought to use them to maximum advantage. His roles first as a member of the Editorial Board and subsequently Executive Director in charge of advertising and corporate affairs fitted well into his natural mould.

Even then, Yemi sought constantly to put an intellectual stamp on his numerous roles at The Guardian while seeking to enhance the newspaper’s profitability. He facilitated the Guardian Literary Series and also initiated a series of interviews with world leaders ranging from Muammar Gadhafi to Rajiv Gandhi and a host of African despots. Perhaps the most lasting takeaway of The Guardian experience for Yemi was the opportunity it gave him to understand the difference between the classroom and the boardroom. The crude initiation rite in this regard was perhaps the dramatic manner in which he and Stanley Macebuh lost their jobs at the helm of The Guardian.

His role as Managing Director of Daily Times was a different learning chapter. He now had to navigate the treacherous terrain between fidelity to the ‘truth’ as the object of great journalism and understanding the truth as it is conceived by those who hold and wield power. To Yemi’s eternal credit, he was able to navigate this precipice and still return the Daily Times to some profitability in record time. Most importantly, he began a revolution in the mode of production of newspapers in Nigeria. In one fell swoop, he eliminated the typing pool, the compugraphy, manual page planning and photo -lithography or the ‘dark room’. These he achieved by introducing an Apple based desktop solution to all pre-press processes. This was clearly a revolution at the time because the staff and other media owners thought it was impossible. Yemi embraced the new technologies and battled the unions and other vested interests with commendable results.

Fondly called “Mr. Activity’’ by Professor Wole Soyinka and a few other close friends and associates, Yemi bears a trade mark restlessness that defies a life of stasis. Constantly on the move, the man is something of a mobile laboratory of new ideas and initiatives.

To encounter Yemi at work or at play is to come face to face with a man with an endlessly fertile mind and vivacious energy that defies containment. He is constantly dreaming up projects, quickly embarking on them, literally conscripting others to align with his vision and finding allies to realize his dreams.

For this man, no road closes. Every brick wall contains a gateway for those who insist. A few days after he was relieved of his job as Managing Director of Daily Times and I quit mine as Chairman of the Editorial Board in protest, we hit the street in search of livelihood. We had a new company with him as Chairman/MD and I as Executive Director. But we had no office, no staff, only a fluid address. But in no time, Yemi’s energy had given us an office and the necessary corporate identity.

We went to report ourselves to a former head of state friend to the effect that we were now jobless! The man took a look at us and broke into a long laugh. “You guys don’t look exactly good as applicants!’’ We took it as a cruel joke. But we were broke. We needed livelihood, not compliments or flattery. I believe that Yemi’s subsequent success as a businessman owes largely to the resilient spirit with which he accepted the loss of the two appointments that showed him the road to success.

His friendship is spontaneous and effortless having built and sustained relationships across all known divides in our country and beyond. Facilitated by a parentage that makes him a true Nigerian- a Yoruba father who lived and raised his children in Kano and an Igbo mother with a cosmopolitan outlook, Yemi is flawlessly fluent in Igbo, Hausa and of course Yoruba. And yet, he presents with a certain robustness of spirit and refined urbaneness that bursts all the silly primordial compartments that hold most Nigerians hostage.

One attribute of Yemi that has not been so commonly acknowledged is his spontaneous humanism, his compulsive and abiding fellowship with friends and associates in trying moments. I have seen this repeatedly on display when a friend is in distress; is bereaved or experiences a misfortune.

Press rewind. We had gathered for an impressive wedding reception. The guests were from all parts of the country. The groom was a young assistant lecturer of Igbo extraction while the bride was a Yoruba undergraduate. The chairman of the occasion was a prominent bank chief executive from the northern parts. So it was a national gathering of persons of all classes. The Master of Ceremony had his job well defined.

He had to communicate the proceedings in the flawless English of the university community while carrying along guests from the three major language blocs in a ceremony of happy beginnings. He stepped forward and gave a short welcome greeting in flawless Igbo. Then Hausa. And of course Yoruba followed naturally. Then he homed in on English. The crowd was ecstatic. The reception became a national carnival. The walls literally came down. It was my wedding. Yemi was that Master of Ceremony. It was 37 years ago. And today, I am glad that I can still felicitate with Yemi as my friend on his new beginning at the 70th parallel.