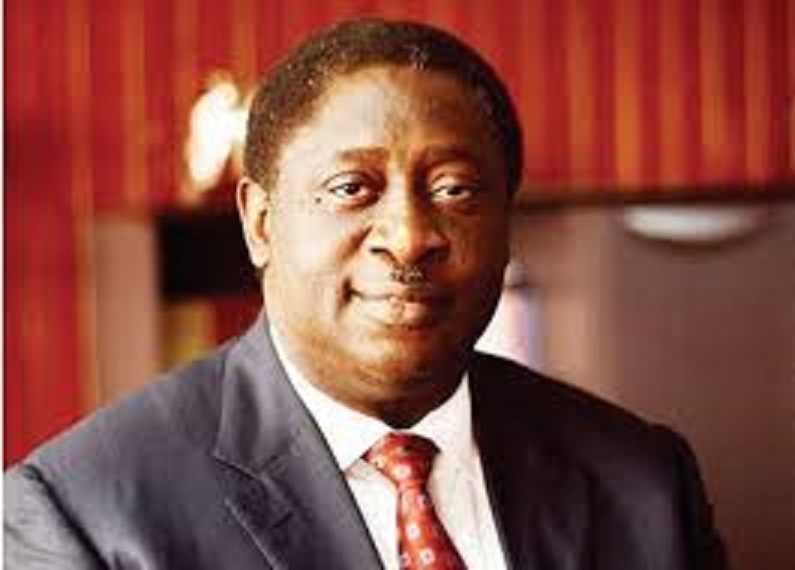 Popularly Lagos Lawyer Dr. Wale Babalakin is 60. But he couldn’t celebrate it big on July 1, 2020 because of the Covid-19 pandemic which has forbidden the hosting big parties. This is because ordinarily Dr. Bolanle Olawale Babalakin turning 60 ought to be a big event, for so many reasons.
In the first place, is an accomplished lawyer. Two, he is a successful businessman. Three, he is a big supporter of his Islamic faith. He is also a worthy old student of GCI. Unknown to many people, he is a Philanthropist. Dr. Wale Babalakin is the Chairman of Bi-Courtney Group of Companies. He is also a Senior Advocate of Nigeria (SAN), as well as a recipient of the Nigerian national honour of Officer of the Federal Republic (OFR) in 2007.

He was born on 1st July 1960 in Ibadan, Oyo State. His father, the Honourable Mr. Justice Bolarinwa Oyegoke Babalakin is a retired Justice of the Supreme Court of Nigeria, and his mother, Mrs. Ramotu Ibironke Babalakin, was a pioneer female hospital proprietress in Ibadan. He attended Sacred Heart Private School, then proceeded to Government College, Ibadan (GCI) for his secondary school education.
For his ‘A’ Levels, Babalakin attended The Polytechnic, Ibadan and subsequently gained admission into the University of Lagos in 1978, where he graduated from the Faculty of Law in 1981. He proceeded to the Nigerian Law School and was called to the Nigerian Bar in 1982. That same year (1982), Wale Babalakin was one of only three Africans admitted into Corpus Christi College at Cambridge University for the pioneer Master of Laws Degree. Although his academic programme was sponsored by his father, he applied for the Commonwealth Scholarship. Wale Babalakin was awarded the LLM degree in 1983 and proceeded immediately with his doctoral programme. He received his PhD in 1986 on the eve of his 26th birthday.

Returning to Nigeria in 1986, Dr. Babalakin joined the firm of his mentor, Chief Frederick Rotimi Williams, where he worked for one year. He established his own firm, Babalakin and Co. Apart from being a practitioner, he is also involved in the publishing of Law Reports. In 2009, the owners of Nigeria’s first privately published Law Report, Optimum Law Publishers, which commenced in 1964, assigned their rights and interest in the Law Report to Babalakin & Co.

Through his company, Bi-Courtney Limited, he applied for the concessioning of the Lagos Domestic Airport, (the Murtala Mohammed Airport 2), after the old airport structure was razed by fire and was completed in three years.
Dr. Babalakin is also the Chairman of Stabilini Visinoni Limited, a construction firm. His hospitality and leisure company, Resort International Limited, was in 2006 granted a Development Lease Agreement to convert the former Federal Secretariat in Ikoyi, Lagos, into luxury blocks of 480 flats – that was until work was stopped by Lagos State Government a year later, in 2007,; and also the development of a 300-bed hotel at MMA2.
In 2005, Dr. Wale Babalakin was appointed by the then President of the Federal Republic of Nigeria, Chief Olusegun Obasanjo, as a member of the National Political Reforms Conference where he served on the Legal Reforms Committee.

He also served as the Chairman of the Constitution Drafting Sub Committee which was ultimately responsible for the drafting of the constitution. He was the Vice-Chairman of the Committee for the review of the Evidence Act. He also had the unique opportunity of serving as the Chairman of two committees of the Nigerian Bar Association,namely the Real Estate and Construction Law Committee of the Section on Business Law and the Government Practice Committee of the Section on Legal Practice. He was appointed alongside Alhaji Rilwanu Lukman as Honorary Advisers to the government of President Umaru Musa Yar’Adua. He has served as:
Pro-Chancellor and the Chairman of Council of the University of Maiduguri between 2009 and 2013.

Chairman of the Committee of Pro-Chancellors of Federal Universities in Nigeria. Chairman of the Implementation Monitoring Committee of the Agreements entered into between the Federal Government of Nigeria and the various unions of the Nigerian Universities namely the Academic Staff Union of Universities in Nigeria (ASUU), SSANU, NAAT and NASU.
Chairman of the Federal Government Committee to Re-negotiate the 2009 Agreement between Federal Government and the University Unions. Current Pro-Chancellor and Chairman of Council of the University of Lagos.
He is heavily into philantropy. He donated an 80-bed hostel to the University of Ilorin in the name of his father, the Hon. Mr. Justice Bolarinwa Oyegoke Babalakin.
He also donated an 80-bed hostel in Ibogun, Ogun State in memory of his mother, Mr. Ramotu Ibironke Babalakin.
He donated a 500-seater auditorium to the Moshood Abiola Polytechnic in memory of his late mother.
He treated 1000 patients with various eye diseases in Aye Daade Local Government.

He treated 4000 patients with various eye diseases in Owo Local Government under the foundation set up in memory of his late mother.
He has an elaborate scholarship scheme in and out of Nigeria with over 200 students in Nigeria and over 40 students abroad.
Dr. Babalakin was, in 2002, made a Senior Advocate of Nigeria (SAN). In 2007, he was conferred with the national honour of the Officer of the Federal Republic of Nigeria, OFR. On 21 December 2013, during the 90th anniversary of the Ansar Ud Deen Society of Nigeria, Dr. Wale Babalakin, along with other dignitaries including the Lagos State governor, Babatunde Fashola (SAN), was awarded the Merit Award for his contribution to the society and humanity in general.
Dr. Babalakin is happily married to his best friend, Olugbolahan, the daughter of the Honourable Mr. Justice and Mrs. Y.A.O. Jinadu. She is also a Lawyer by profession. They have lovely children.

Nigerian-Ghanaian Based star, Focus Onpoint has released a brand-new song titled “One Day”