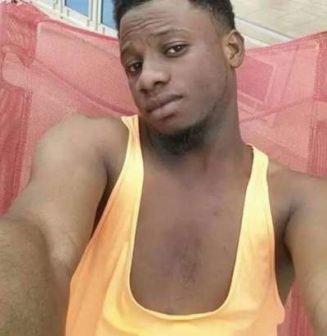 A Chelsea fan has slumped and died after Barcelona dubbed the Premier League defending champions 3-0 to dump them out of the prestigious European club competition.
Late Emmanuel Offin, popularly known as Nana Yaw was a mobile phone dealer and was described as ‘a staunch Chelsea supporter’ by his family members.

Offin died on his way to the house after fainting just minutes after the final whistle in Wednesday’s Champions League quarter-finals clash between Chelsea and FC Barcelona.

A Ghanaian journalist who visited the family house of the late Nana Yaw on Thursday reported that the body has been deposited at Konfo Anokye Teaching Hospital Morgue for an autopsy.

According to the brother who spoke on a Ghanaian radio station, the death of their brother is a big blow to the family, since they least expected it.

One Linda, who was identified as the wife of the deceased, also confirmed the news to Otec FM

Chelsea Fan Slums To Death After 3-0 Loss To Barcelona In UCL was last modified: March 16th, 2018 by Damilare Salami

KNOWING YOUR BODY TYPES CAN HELP YOU DRESS WELL