Chelsea legend Frank Lampard not ready to announce retirement yet 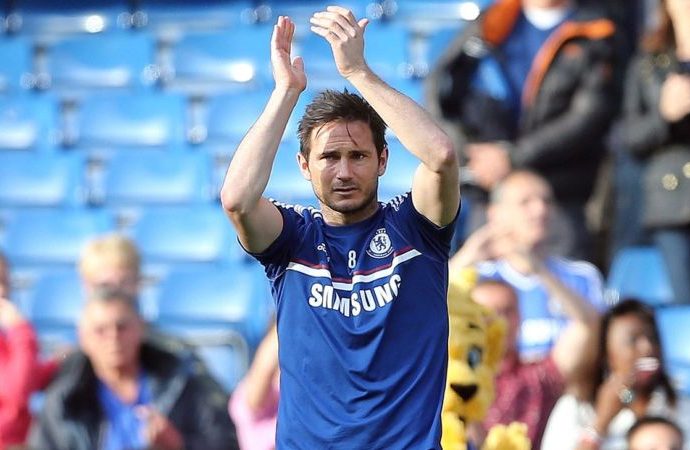 Frank Lampard has told the Daily Mail that he has “turned down a few Premier League offers” and is not yet ready to officially hang up his boots.

Lampard, 38, left New York City FC at the end of the 2016 Major League Soccer season and has been without a club since.

Fellow Premier League legend Steven Gerrard opted to quit playing when his deal with LA Galaxy expired at the same time, but Lampard is still keeping his options open.

In an interview with former England teammate and ex-Liverpool defender Jamie Carragher, he explained why he is still to accept his playing days are over.

“I see you, Rio [Ferdinand] and Stevie [Gerrard], all retired,” Lampard, who played for West Ham, Chelsea and Manchester City in the Premier League, said. “There is a part of me that wants to stay in the game. Sometimes I don’t know why. It just feels this is what I do.

“I’ve had two months off now. It takes me six weeks to relax and realise I haven’t got to train every day and think about the pressures.

“Stevie made up his mind and was comfortable finishing the way he did. I wasn’t sure. I loved being in America. It was a great experience. People will be drawn to China because of the money but the lifestyle, everything about America, I couldn’t recommend it enough.

“But in terms of not retiring? I don’t want to leave and think to myself, ‘Maybe I should have stayed a bit longer.’ I’m dwelling on it. I have turned down a few Premier League offers. But the fact is, after being at Chelsea for so long and a year with Manchester City, I don’t want to get involved in a relegation dogfight.

“I don’t mind challenges but there comes a point when you have to take stock. I understand my weaknesses. It’s late January now and to try and get fit and then get into a team and make a massive impact … I don’t feel I could give enough.

“I just want to make sure I make the right decision. I’ve appreciated getting options at 38. If something comes along that floats my boat, who knows? But nothing has, so we will see.”

Chelsea legend Frank Lampard not ready to announce retirement yet was last modified: January 28th, 2017 by Arinze Ago

FRSC releases 6 documents every driver MUST have – See List

The Love Stories Of Celebrity Couples We...