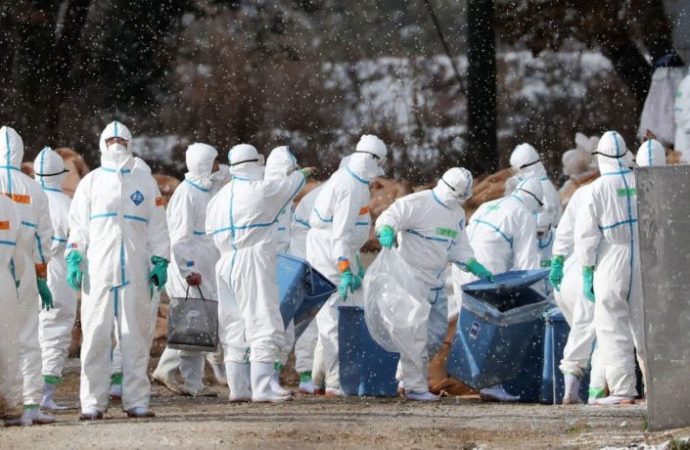 Chinese authorities have confirmed a second case of human bird flu infection this week, state media reported late on Wednesday, as South Korea and Japan battle to control outbreaks of the deadly virus.

Local authorities ordered a halt to poultry sales from Thursday in the Siming district of Xiamen city, in China’s eastern-Fujian-province, after a 44-year-old man was diagnosed with the H7N9-avian-flu on Sunday, media reported citing the city’s diseases prevention and control centre.

The patient is being treated in the hospital and is in stable condition, it said.

The latest incident comes after Hong Kong confirmed an elderly man was diagnosed with the disease earlier this week.

Both cases come as South Korea and Japan have ordered the killing of tens of millions of birds in the past month, stoking fears of regional spread.

Concerns about the spread of the virulent airborne bird flu come as farmers in China are preparing for the year’s peak demand during Lunar New Year celebrations at the end of January.

In light of the recent outbreaks in nearby countries, they are feeding their flocks more vitamins and vaccines and ramping up henhouse sterilisations in a bid to protect their birds.

On Wednesday, Chinese authorities said they would ban imports of poultry from countries where there are outbreaks of highly pathogenic bird flu.

It already prohibits imports from more than 60 nations, including Japan and South Korea.

H7N9 is a bird flu strain first reported to have infected humans in March 2013 in China.