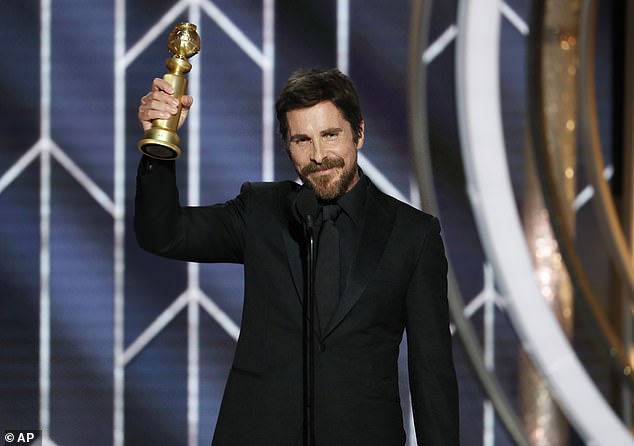 Hollywood actor Christian Bale on Sunday night won a Golden Globe award for “best actor in a musical/comedy film” for his portrayal of former US vice president Dick Cheney in ‘Vice’….and surprised the audience when he thanked Satan for giving him inspiration to play the role properly.

‘Thank you to Satan for giving me inspiration for playing this role,’ he said.

Bale, in the movie ‘Vice’ Cheney, depicts Dick Cheney as the ruthless mastermind behind George W Bush’s presidency. Watch the video below.

Christian Bale made sure to thank Satan during his #GoldenGlobes acceptance speech:

592 people are talking about this

Christian Bale thanks ‘Satan’ for inspiration as he accepts Golden Globe award was last modified: January 7th, 2019 by Igbokwe John