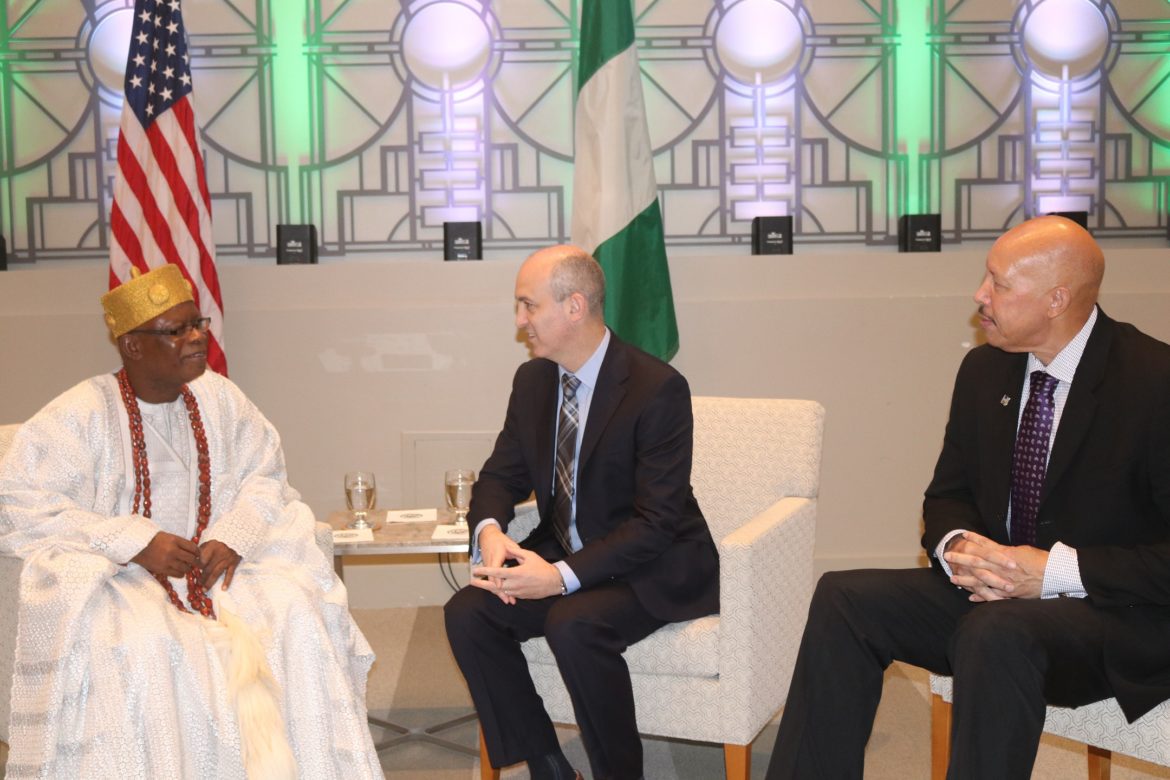 The City of Houston yesterday hosted two traditional rulers of Yoruba Land at the Houston City Hall at 901 Bagby Street, Downtown Houston. It was an event that had all the trappings of the best of Yoruba culture.
First to arrive at the City Hall was the His Royal Majesty, Oba Joseph Adebayo Adewole JP,  OFR, Owa Ajero of Ijero Kingdom. He was ushered into the prestigious room for the even by the officials of the City of Houston. They talked about ways of the mutual corporation between the City of Houston and his Kingdom. The Kabiyesi spoke about the challenges that have been faced by his Kingdom and areas of possible assistance.
The representative of the Mayor of Houston, Sylvester Turner was full of praise of the Kabiyesi as he disclosed that Nigerians in Houston are held in high regard. He noted that Houston, the 4th largest city in the United States of America has the largest population of Nigerians. He extolled the industry of the Yoruba people.
His Royal Majesty, Alhaji Abdul Azeez Olu Adegoke Adeyemi, mni, The Alara of Aramoko Ekiti Kingdom arrived shortly after. His entrance was a spectacle at the City Hall as he was escorted by praise singers and a talking drum. He was ushered into the hall of the reception. He also spoke about how to move his people forward and the area of a mutual corporation.
At this point, The Vice Mayor of Houston, Jerry Davis who rushed in from another engagement to honour the Obas took over proceedings. The Mayor himself traveled out of the state of Texas. Davis made a declaration to The Alara of Aramoko Ekiti Kingdom as a friend of Houston and he conferred a honorary citizenship of the City of Houston on Owa Ajero of the Ijero Kingdom on behalf of the City of Houston.
The event was attended by a cross-section of Yoruba people from around the United States of America, including Dr. Margaret Adeniji, Medical Director and Consultant in the State of Virginia who officially introduced the Obas to the officials of the State of Houston at the reception. 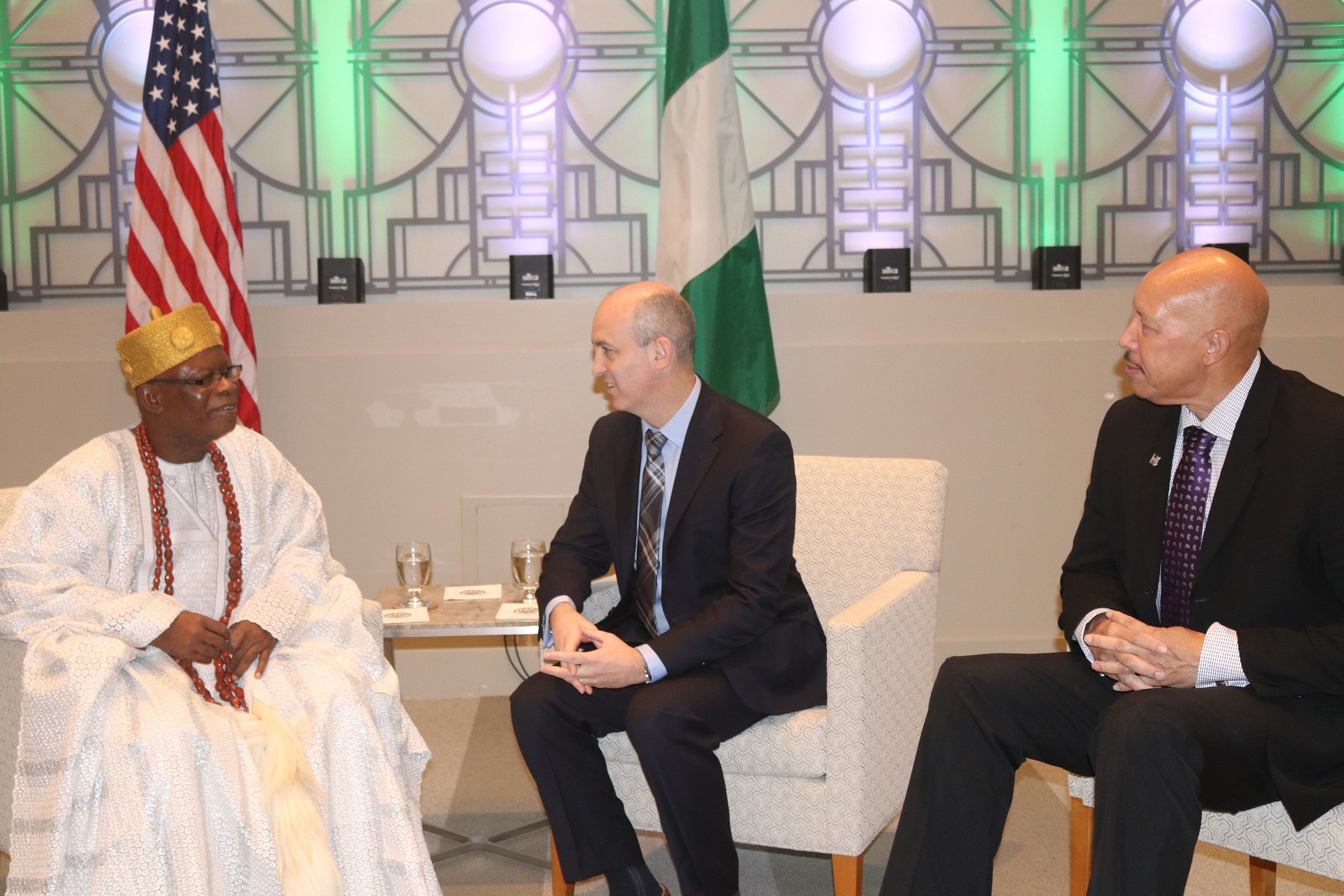 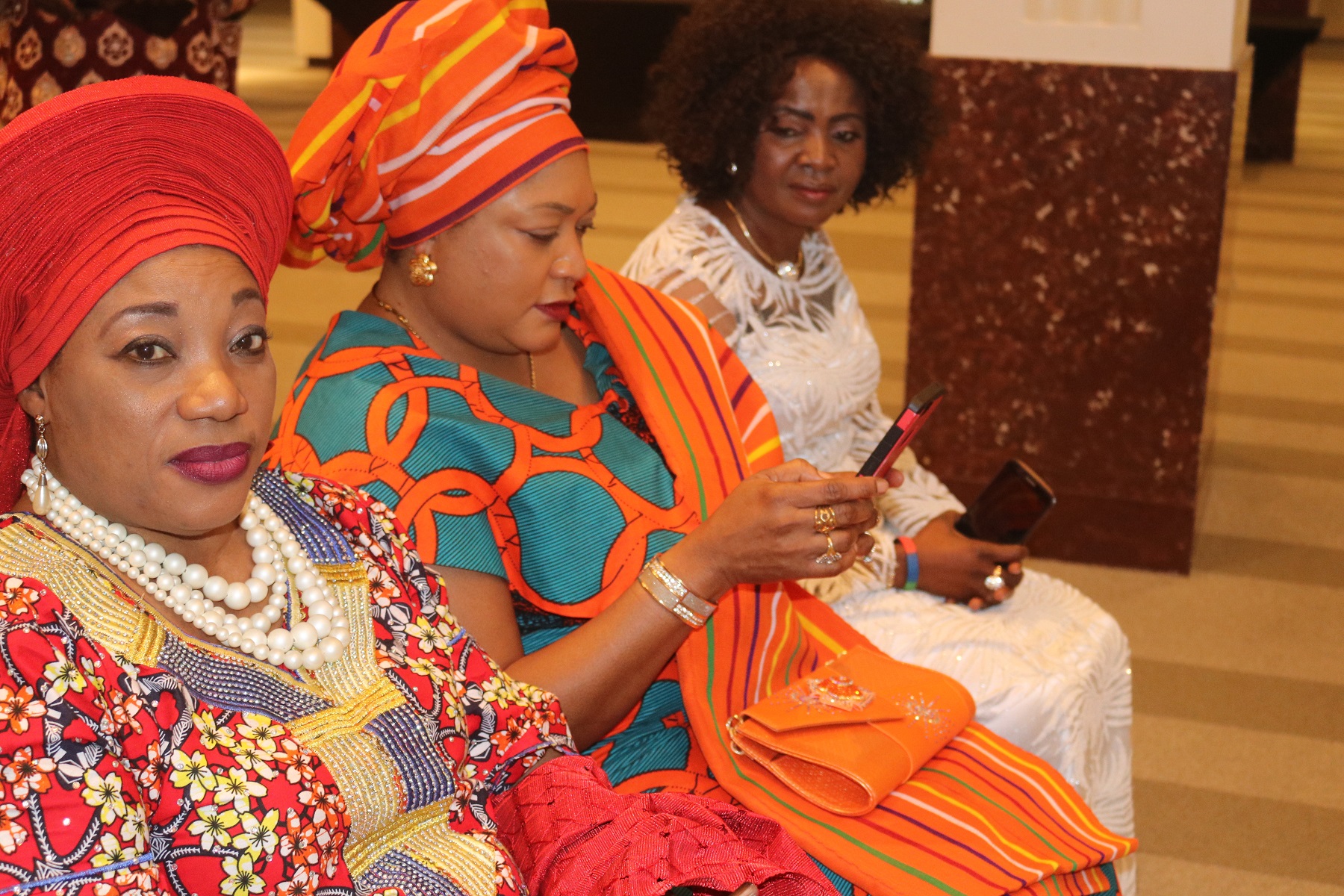 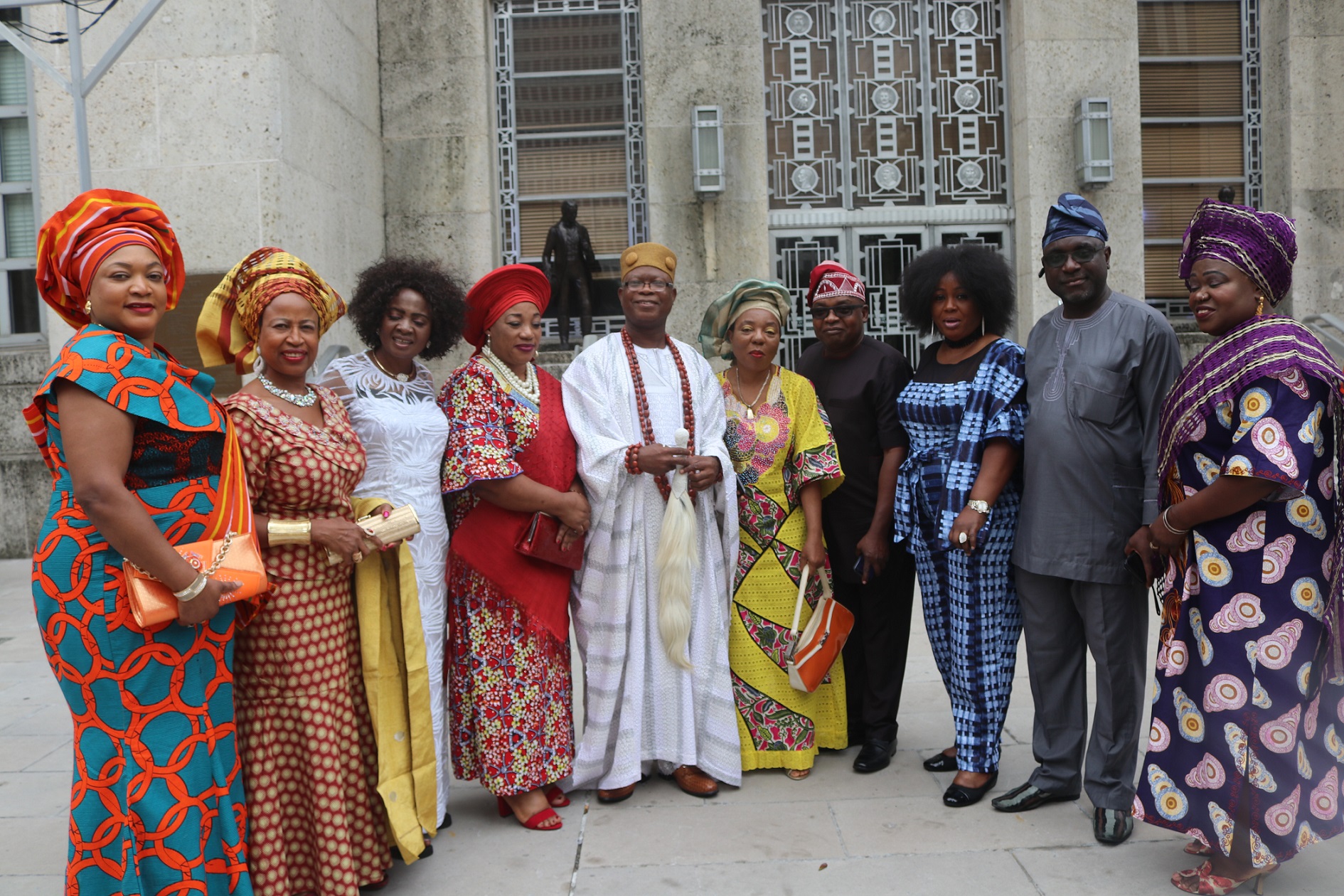 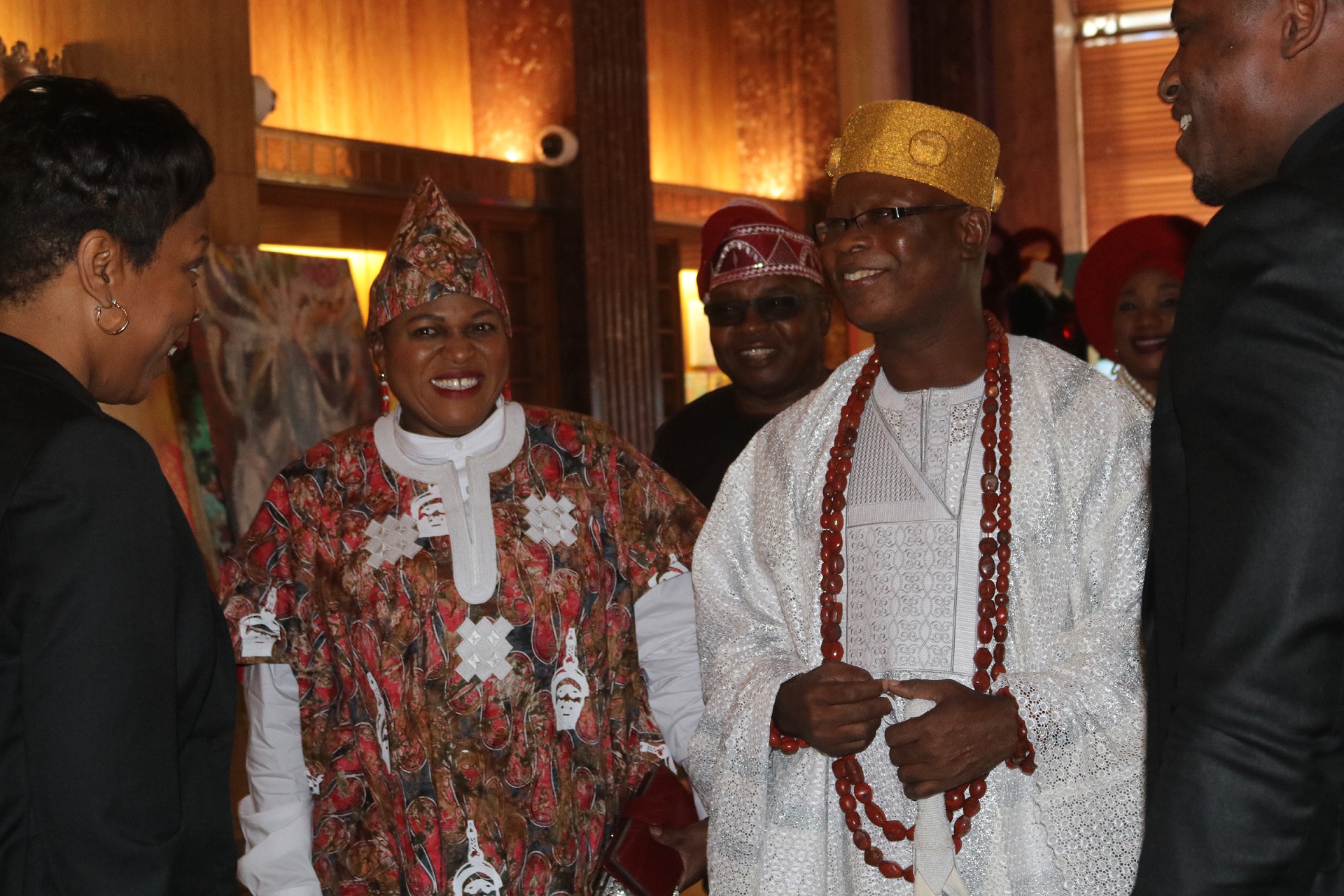 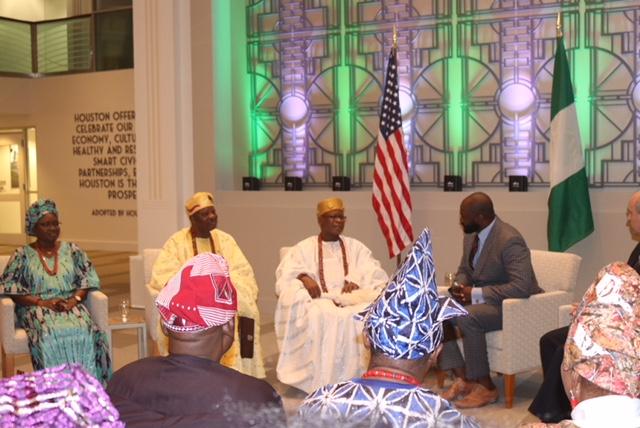 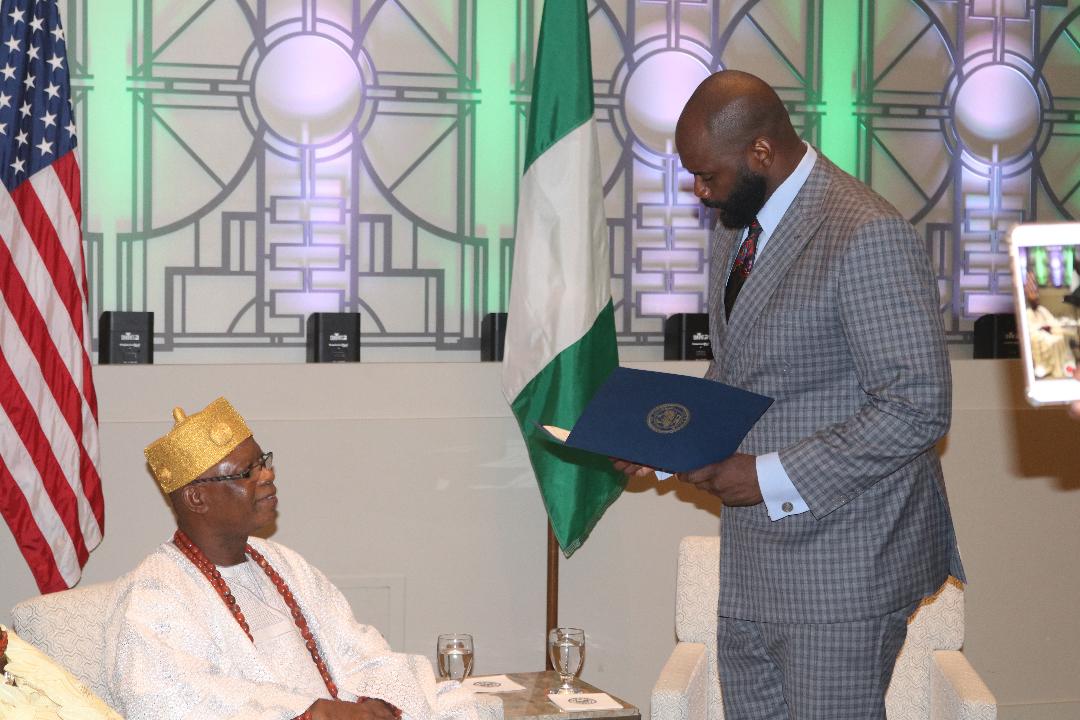 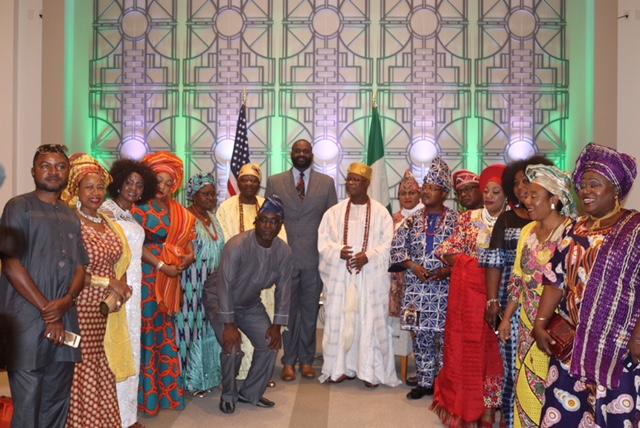 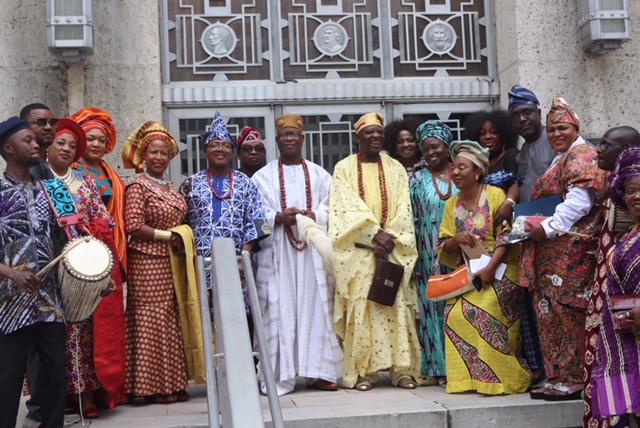