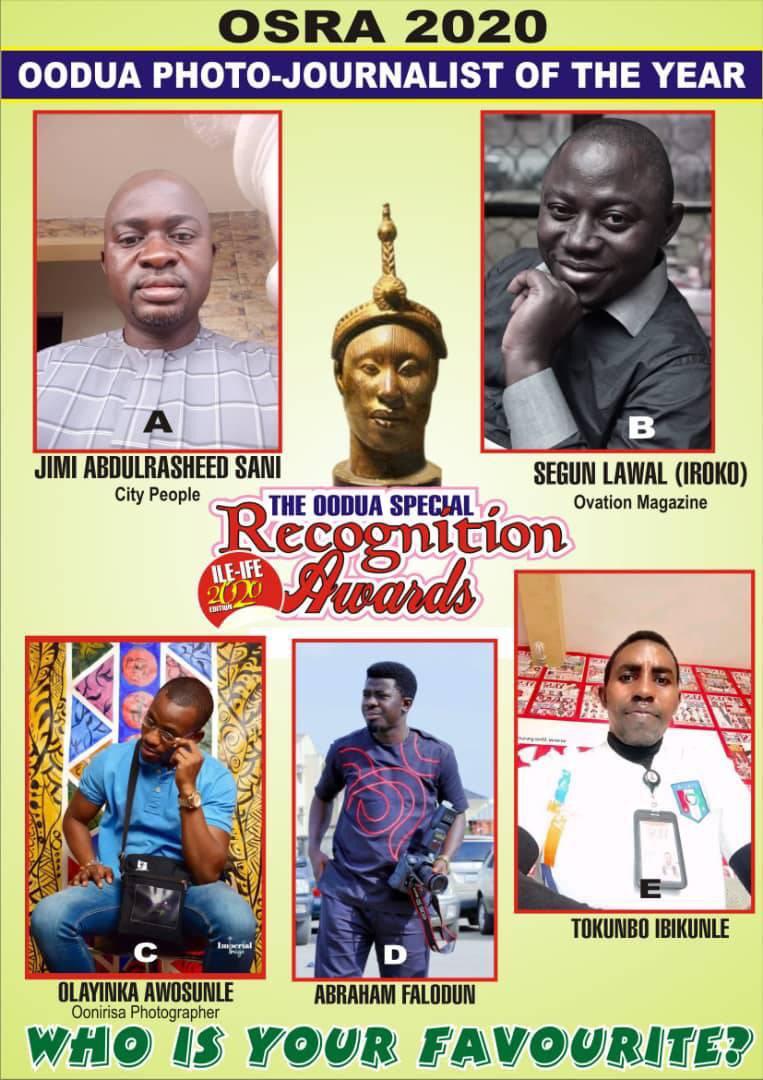 Hard work will definitely be recognised if one continues to tow that path. That is the story of City People’s Senior Photojournalist, Sanni Abdulrasheed who just bagged a nomination in the first OODUA SPECIAL RECOGNITION AWARDS tagged OSRA 2020.

He has been nominated in the photojournalist of the year category, an award to be determined by voting.

Abdulrasheed who is a top-notch photojournalist has been in the business for a little over fifteen years and has garnered experience at different media outfits before joining City People five years ago.

Jimmy, as he is fondly called, has been a recipient of some awards in the time past and his most recent was City People’s Recognition Award for professionalism which he bagged in December 2019.