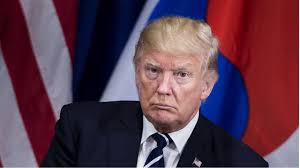 The number of US deaths from the novel coronavirus rose to six on Monday, all in the state of Washington, officials said, signaling the contagion has taken root in the Pacific Northwest.

Five of the six were from King County, the most populous in the state and home to Seattle, a city of more than 700,000 people.

The sixth victim was from Snohomish county, officials said.

“The risk for all of us of becoming infected will be increasing,” said Jeff Duchin, a health officer in King County.

“Although most of the cases will be mild or moderate, the infection can cause serious illness and there’s a potential for many people to become ill at the same time.”

The state reported four new cases, three from the same nursing home, taking the total number of US cases to more than 90 — about half of which were people repatriated from either China or a virus-stricken cruise ship off Japan.

Dow Constantine, the top official in King County, said his administration was in talks to purchase a motel in which to place people who required isolation, adding:

“We have to move to a new stage in the fight to contain, mitigate and manage this outbreak.”

Earlier in the day, New York’s governor warned it was “inevitable” that the virus would spread in the global financial hub after its first confirmed case was detected in a health care worker who had visited Iran.

“There is no doubt that there will be more cases. This is New York — we’re a gateway to the world,” Andrew Cuomo told reporters.

Cuomo said the 39-year-old woman who tested positive at the weekend had mild symptoms and was recovering in isolation at home.

Her husband is however expected to test positive as well. He added that the Manhattan resident had been “very aware of her situation” and had taken a private car to her home from the airport on Tuesday.

“She did textbook everything right. We don’t believe she was contagious on the airplane or in the car,” he said.