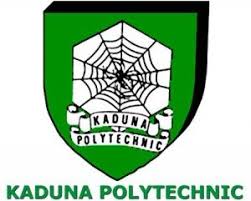 Kaduna Polytechnic has suspended a head of department for academic corruption.
The unnamed lecturer is said to have taken money from students and allowed them to have their scripts after examination so as to copy answers from the marking scheme.
KadPoly rector Idris Bugaje disclosed this in interview with Daily Trust.

Bugaje who took office last October introduced the Policy and Transparency Unit (PTU). The unit he said helps to improve the system on a continuous basis as well as check both academic and financial corruption, which he said has eaten deep into the fabrics of the Polytechnic.

According to him, the unit also checks exam malpractice. “We have discovered a lot of malpractices going in the system. Lecturers including heads of departments collecting money from students and allowing them to have their scripts after examination so as to copy from the marking scheme in order to get an ‘A’. One HOD has already been suspended for that and he is been investigated, his case will go to the governing council very soon,”

“We have also had other cases, we are investigating at the moment including certificate forgery, even though, not only Kaduna Polytechnic is affected but there are some people here who are experts in forging certificate from anywhere in the world; they use computer technology, scan and change the names. Two staff are already on suspension for that while their matter is also being investigated and it may eventually involve the Nigerian Police.

“In one of the cases, the Police has been very helpful to us because there is another complicated syndicate of certificate forgery which involved people from outside, so all these things are being uncovered and we are out to ensure that the system is brought back on track because the sanctity of examination is very fundamental to the educational system.

“If you cannot ensure sanctity of examination, there is no need to even run a school. If anybody and get a certificate without attending the Polytechnic, then, we will become a laughing stock. We have also received some complains from students on sexual harassment and other forms of harassment, all of these are being investigated by the PTU,” he said.