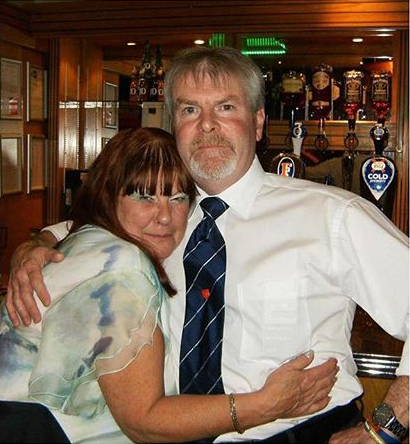 A former UKIP councillor has been found guilty of murdering his wife after he had an affair with their son’s partner and now faces life in jail.

Ex-Royal Marine Stephen Searle, 64, and his 62-year-old wife Anne Searle had been married for 45 years and they had three sons together. Stephen claimed he had been defending himself after his wife attacked him with a knife, but jurors at Ipswich Crown Court took three-and-a-half hours to find him guilty of her murder. Searle showed no reaction as the verdict was read out on Tuesday following a six-day trial.

Mr Justice Green said Searle’s “act of infidelity in one way or another led to this”. Prosecutor Andrew Jackson said Searle had probably placed his wife in a choke hold that he had knowledge of from his military training.

Mr Jackson told the trial that the Searles’ marriage had been under strain since Mrs Searle discovered her husband’s affair with their son Gary’s partner Anastasia Pomiateeva, who was mother to at least one of their grandchildren. This was discovered around June 2017, he added.

In a 999 call made on December 30 last year and played to jurors, Searle told police: “I’ve just killed my wife.”

Officers responded at their home in Stowmarket, Suffolk, within minutes of the call made at 10.19pm and found Mrs Searle dead.

“The prosecution case is that on that Saturday night there had probably been yet another row between the two of them and in anger the defendant strangled his wife to death,” Mr Jackson said.

A post-mortem examination recorded that Mrs Searle died of compression of the neck.

Searle is to be sentenced at Ipswich Crown Court on Wednesday.