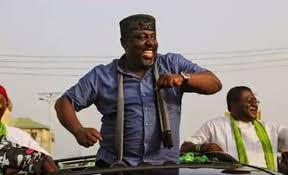 A federal high court in Abuja has ordered the Independent National Electoral Commission (INEC) to issue a certificate of return to Rochas Okorocha, former governor of Imo state.

Okon Abang, the presiding judge held that having been declared winner of the February 23 senatorial election in Imo west district, INEC has no reason not to issue him certificate of return.

He ruled that the decision to deprive Okorocha of the certificate falls outside the provisions of the law.

“Once the declaration is made under section 68(c) of the Electoral Act, INEC has become functus officio and INEC has no lawful authority to withhold the certificate of return for any reason whatsoever,” the judge held.

“Therefore the issue of duress is unknown to both the Electoral Act and the Constitution.”

The court ruled that Okorocha remained elected subject to the outcome of the ongoing proceedings of the election petition tribunal.

He, therefore, ordered, INEC to publish and circulate the name of the Okorocha as the senator-elect representing Orlu Imo west senatorial district.

The judge ordered the defendants to pay the costs personally to Okorocha before taking any further steps in the case.