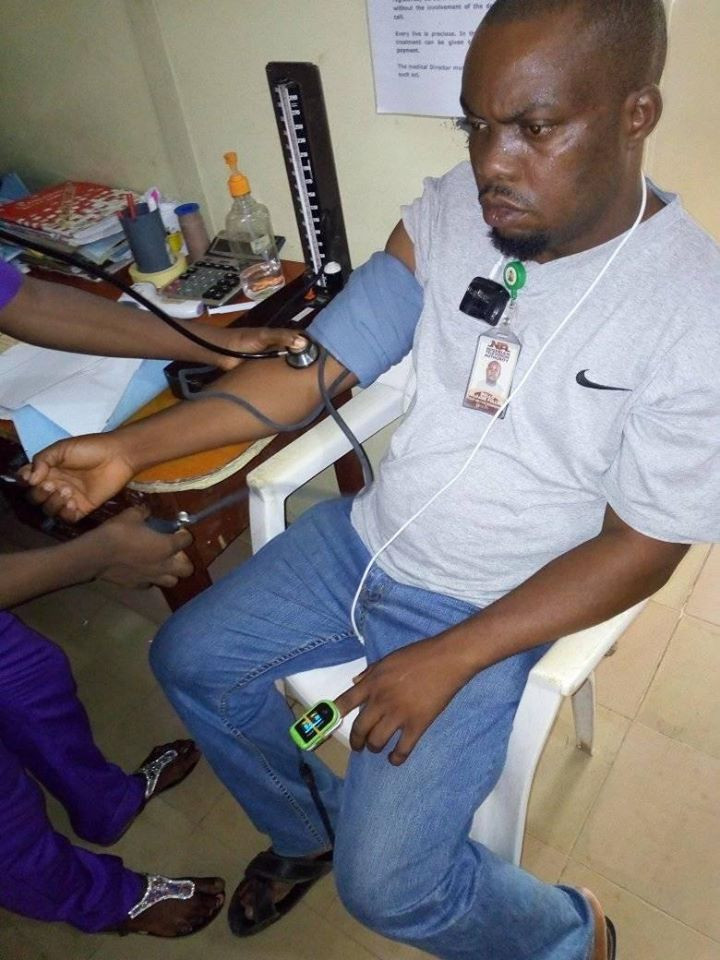 A staff of the Nigerian Television Authority (NTA) has cried out after allegedly being brutalized by soldiers of the 32 Artillery Brigade, Owena Cantonment in Akure, Ondo State who were effecting a lockdown order issued by the state government.

The Engineer who disclosed that the incident occurred at Ondo Road where the NTA and the Barracks are located, said all his plea stating he was on his way home from the office fell on deaf ears even after he presented his ID card.

Mr Jide Bello hinted on suing the Nigerian Army and the Ondo State government for the alleged harassment, after subjecting himself to 14 days isolation.

My unfortunate experience tonight in the hands of Nigerian army along ondo road after the evening news at exactly 1950hrs in the name of curfew declared by Ondo state government led by Mr. Oluwarotimi Akeredolu .

They asked for my identification in which I obliged but education is key in any field we belong, very unfortunate the military man could not understand what I mean by NTA and could not read anything from the I.D card but thank God for a superior officer that later intervened and begged me but am looking out to sue Nigerian army and Oñdo. State government for harassment.

Am hereby subjecting myself to 14days isolation because I don’t know what they might done to my health.