Home News Covid-19: Nigeria In A State Of Jungle By Muiz Banire
News 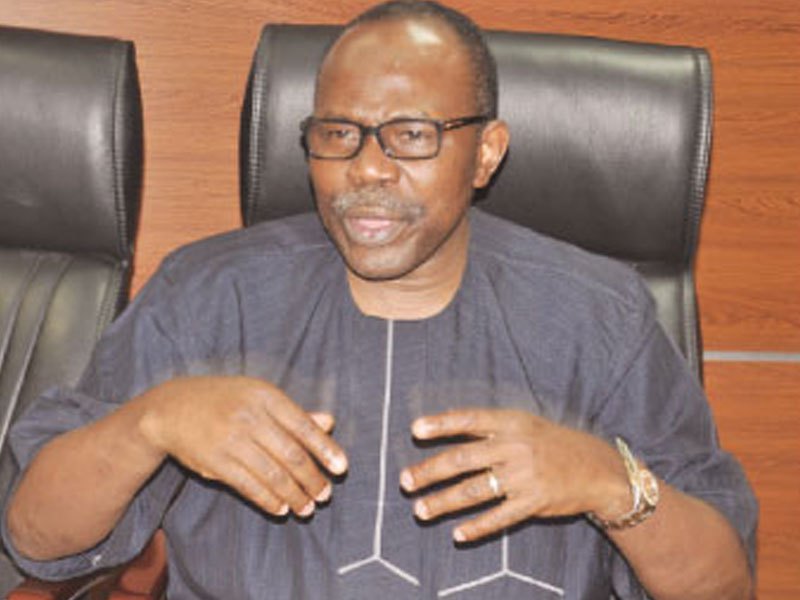 The ravaging spirals of the Corona Virus Disease, aka Covid-19, has assumed an alarming dimension.

If history is anything to go by, such pandemics in the past, when transportation technology was not as sophisticated as what we have today, sent millions to the graves.

Today that the world has become a global village and, in a few hours,, one can traverse the length and breath of the globe, it is indisputable that it would take a minimal fraction of time epidemics and pandemics took in the past to move round the globe for Covid-19 to assess the remotest village on earth.

Based on latest information with respect to recent contacts with Covid-19 and the nature of our inaccurate data base and absence of test kits in many parts of the country, we are in a state of despair, hope is dimming and survival is becoming a greater challenge.

Nigerians are gradually becoming desperate in the face of this scourge. This is the period that the sheep need their shepherd. The nation needs to act in a concerted manner as nation building, whether in time of peace of war, has always required a central coordination capable of fostering a collective survival.

We cannot afford disjointed directions in this matter as we are in a war with an invisible germ the size of which army pullulates every minute and is assisted by its victims unconsciously by failure to take necessary measures and act decisively.

Our response needs to be holistic and system-driven. Virtually all states of the Nigerian federation, including the federal government, are making one effort or another towards curtailing and containing the pandemic.

The progress made so far is contestable as there is no clear barometer of measurement. If the available data is anything to reckon with, then some will say we are succeeding at least in terms of detection.

However, others will view it as a progressive failure as the pandemic spreads unabated. Whichever position we take does not matter at this moment as such may boil down to mere polemics which is not assuaging the situation in any form.

What is important is that we tame the monster as quickly as possible. How do we proceed is the subject of debate for sometime now. Whilst some believe that the country should have been under total lockdown, others are of the opposing view. The tension is not unusual as it is a global conceptual contest.

In most countries today, the debate is around either in terms of public health or economy. Of course, the moderate suggest the combination of both but in a manner yet to be fashioned out till date. So it is no news that our country is experiencing the same confusion. Today in Nigeria, different states take different measures with the adoption of distinct approaches. Whilst some are on total lockdown, others are in partial lockdown.

To me, this typifies confusion and a state of anarchy.. However, let me specially place on record my admiration and commendation for Babajide Sanwo-Olu, the Governor of Lagos State.

He has not only been showing leadership on the issue but so far adopting compassionate approaches to the challenge. I am proud of him.

Although I may not entirely agree with all the steps taken so far by him, as I am an ardent advocate of total lockdown for 14 days at first instance. This, I believe, will enable us identify those already infected and we can properly isolate for immediate and effective treatment.

We then police our borders aggressively thereafter by not only testing the immigrants but isolating them for fourteen days before admission into the society. This is not to say that his incremental approach is not admirable.

I know he is heavily relying on empirical mode which is reasonable but, unfortunately, time is not on our side as continuously warned by the WHO. The sophistication of his approach is not in doubt but I will urge him to fast track.

Once again, I doff my heart for him and have dedicated already my column in the back page of the Thursday Sun Newspaper to the appraisal of his efforts in this regard. As indicated earlier, other haphazard steps are being taken elsewhere all over Nigeria. Different states with distinct policies and steps.

This puts the Nation in a state of jungle, or how do we describe the various discordant tunes from different states! Have we ceased to be a country with a common front?

The import of all the above is that we need a shepherd to coordinate all these responses in a manner that is beneficial to all.

While we may not have the benefit of a vocal president as some countries like Ghana may seem to be enjoying, the boundary between being vocal and being loquacious may thin out if one is confronted with the verbal attack the Americans are subjected to by Donald Trump.

The message is simply that the steps to be adopted in the nation by both the federal and state governments needs to be substantially uniform. To achieve this, the Personality of the President is inevitable and at the barest minimum, as remarked by my brother Dele Momodu, the Vice president with such authoritative command, is indispensable.

As at the last economic council meeting where some halfhearted engagements were made, I was excited, only for the initiative to die virtually immediately. This, as stated above, have given birth to diverse responses we are witnessing all over the country today.

A Communiqué from the Council meeting online with relevant officials of the National Center for Disease Control and State Governors may throw up a general policy which all States will implement together which will enable each State to police its border and prevent further spreading of the disease.

That may enable us to isolate States that have been infected from those whose domains are still safe. This will also be able to shield states that are yet to be impacted. The failure or neglect so far in doing this is unproductive and spells doom for our nation.

A simple narrative goes this way, by the time those on total lockdown are opening up, others will be commencing lockdown as if we are operating in different nations. This means that people ordinarily presumed to have been Convid-19 free will now be polluted again by intruders from other States and the circle continues as infinitum.

To prevent this malady, a joint approach is required so that when and if lockdown is required, it is nationwide. This will help the economy eventually across board. . Let me also multiply the catastrophic effects of different approaches.

The ongoing food distribution effort in Lagos State can engender revolt in other states, leading to vandalisation and looting of stores and supermarkets .

Aggrieved citizens in those States without food alleviation can react violently either against the states or even the federal government, acting under the wrong misconception of federal patronage of a state in preference to the others.

It is equally capable of triggering further innocent migration to Lagos State which is already an over-burdened State. Having said this, let me also seize the momentum to recommend some palliatives that will be helpful to our nation at this point in time.

In this respect, let me acknowledge the thoughts of my brother, Dele Momodu few days ago in his Thisday column, “Pendulum” and largely adopt some of his views with necessary modifications.

In as much as I agree that we need to intervene in energy cost, I do not believe in a half-hearted approach. I honestly believe that if we are insisting that people stay at home, we must encourage them to do so with the best of comfort, the basic of which is energy supplies. I am of the very strong view that writing off the energy cost of each household in Nigeria for a month is the best option in the circumstances.

I am aware of the modest efforts of some Nigerians in this regard, particularly my brother and friend, Honourable Jimi Benson who has crunched some figures together and put the ultimate cost in the neighbourhood of sixty billion naira. This is nothing to the country in making people sit home.

By the expiration of the month, so much progress would have been made and further efforts would be unnecessary. Although Governor Sanwo-olu of Lagos State is already addressing 200,000 households in terms of food reliefs, I heard on the news that federal government is considering same.

These will encourage people in the aftermath of this episode to start paying tax. This is one of the optionsThe Federal Government must be able to come to the aid of States whose economies may not be able to support such a laudable agenda as Lagos is implementing now with respect to food distribution to the masses.

We need the local governments at the grassroots now to be active. Provision of common hand sanitizers well branded by them is crucial. Apart from the health effects, it will help in the awareness crusade. The price and branding can be negotiated directly by the state to avoid the characteristic abuse at the local governments.

This will include indications of it not being for sale. I wholeheartedly adopt all other suggestions of Dele Momodu. I learnt of the initiative of the chairman of NURTW in Lagos State also in distributing sanitizers and food to the poor people, it is equally commendable. I also observed the efforts of some private individuals in alleviating the situation through distribution of free food.

Regrettably however, the manner of the exercise is becoming another potent platform for the spread of the coronavirus. Hence, I suggest that State governments set up a co ordinating body for the collection of the food and other items for strategic distribution. Acknowledgment and deserved publicity can be given, being the goal of some of the donors. The churches and mosques need to emulate this in applying savings overtime at this time.

It cannot be continuous collections without giving back to the people, more so now that people are in a desperate state. Let me conclude as remarked by Gov. Cuomo of New York that we cannot afford to be on the defensive again but clearly on the offensive.

We are definitely behind time in the adoption of unified approach to tackling this scourge. We need the SHEPHERED now than ever before. I wish our country well.

Covid-19: Nigeria In A State Of Jungle By Muiz Banire was last modified: March 31st, 2020 by Reporter