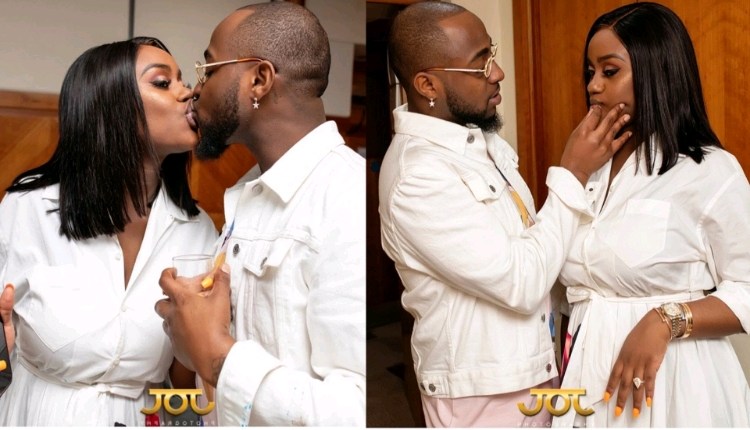 Nigerian Afropop singer, David Adeleke, better known as Davido, has celebrated Chioma Avril Rowland, his fiancée, in a beautiful way as she turns 25.

The award-winning singer took to his social media page on Thursday to pen a lovely birthday message to his wife-to-be.

In the post, the ‘OBO’ crooner described Chioma as the strongest woman he has ever known, noting that her presence in his life has made him a happier person.

Davido went on to rue the lockdown, brought about by the coronavirus pandemic, which has forced people indoors, explaining that if not for the development, he would have painted the town red just to celebrate her.

“Happy birthday to the strongest woman I know!!! @thechefchi !!!! Oh man if we weren’t on lockdown, you already know we for turn the city upside down!! !!!! My dear wife, may your birthday be as happy as you have made me. And that’s on gang! #1CRO,” he wrote on Instagram.

Chioma also took to her Instagram story to share slew of pictures, memories and wishes from friends who are celebrating her.

Her birthday comes days after she recovered from COVID-19, the respiratory disease caused by the coronavirus. She had tested positive for the virus on March 27, shortly after arriving Nigeria from the United States.

The lovebirds have continued to make headlines with their love story since the talented singer met Chioma while he was studying economics at Babcock University.

Davido had proposed to her last year which was followed by a low-key introduction ceremony. The singer also announced that they would be getting married in 2020.