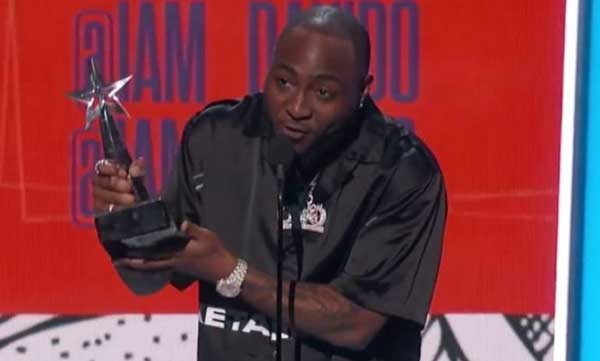 The DMW boss who cancelled his tour of the United states and has returned home to support the governorship ambition of his Uncle, Senator Ademola Adeleke is back making music and this time he is working once again with Kiss Daniel.

He made this known through a post shared on his Twitter page on Tuesday afternoon, September 18 with the caption, ”Kissdaniel x OBO… soon come.”

The duo had earlier worked together on the remix of Kiss Daniel’s hit single, ‘Woju’ which also featured Tiwa Savage.

Kiss Daniel has also taken to his Twitter page to confirm the collaboration as he stated ”VADO X OBO … Xmas gift.”

Though it hasn’t been confirmed, the single may likely appear on Davido’s upcoming album, which is scheduled for release before the end of the year, while that of Kiss Daniel titled, ”No Bad sonz‘ is expected to drop later this month with the art cover and tracklist is already out.

Davido has released a number of new music this year including working with Duncan Mighty on Aza, with Kiss Daniel also recording collaborations since his exit from his previous label, G Worldwide, which has seen him work with the likes of Omawumi, DJ Spinall, DJ Neptune and Wizkid