Despite My Busy Schedule, I Sleep 10 Hours A Day – Femi Otedola 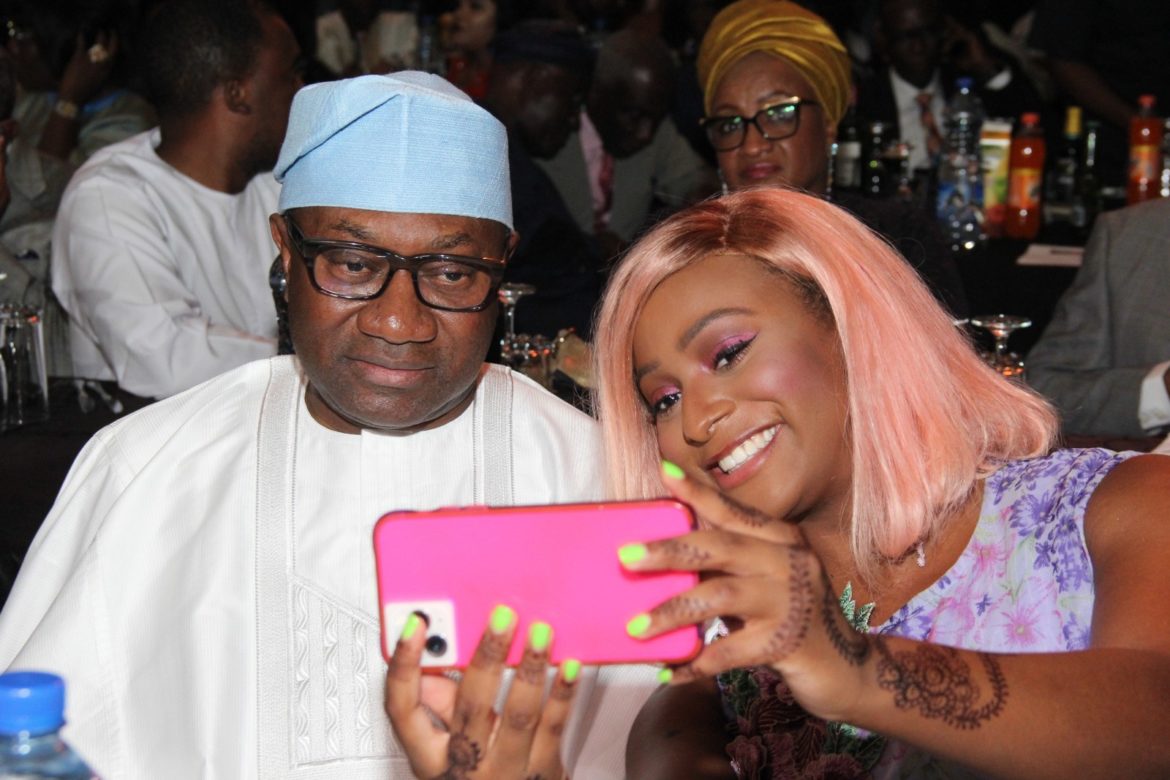 At the just-concluded 2020 ThisDay Awards, billionaire businessman, Femi Otedola revealed how he sleeps for a minimum of 10 hours a day. He was honored with the award of the Philanthropist of the Decade.

He was there in a flowing white Agbada. Given his recent hefty donations to public cause and lifting up the needy, it is not surprising that that former Chairman of FORTE Oil Plc, Mr. Femi Otedola, was the People’s Choice for Philanthropist of the decade. His singular donation of N5 billion to assist children of terror-ravaged North-east remains unexampled. Some prominent Nigerians such as Sadiq Dabba, Victor Olaotan, both actors; and former Green Eagles captain, Christian Chukwu, were rescued from the jaws of death by his philanthropic intervention in their medical issues.

Femi revealed how he told his Accountant to donate N5 billion (which is the profit he made from the profit accruing to him from the sale of his shares in Forte Oil to the displaced children in the North East of Nigeria. He told guests that when he told his Accountant to do so, she was shocked, that her Oga had decided to donate all he made from that transaction to charity.

Femi Otedola says he is a man who is at peace with himself and he sleeps for 10 hours daily, meaning, he goes to bed at about 10pm daily and wakes up at about 8am. t

Despite My Busy Schedule, I Sleep 10 Hours A Day – Femi Otedola was last modified: January 22nd, 2020 by Reporter

WHEN THE REGIONS WERE AUTONOMOUS AND FREE BY ERIC TENIOLA