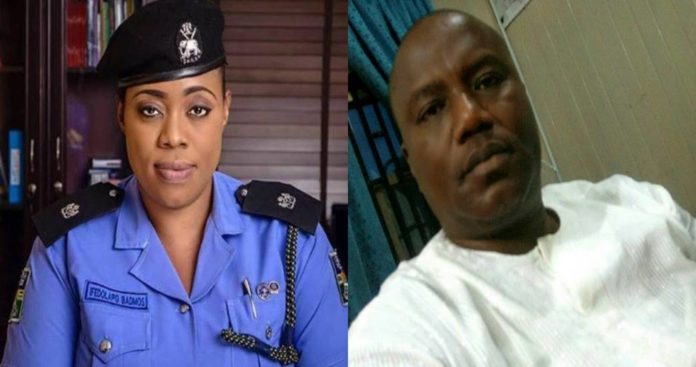 Dolapo Badmus had shared an inspirational post for people living fake lives, pretending to be what they are not just for social media.

She gave the example of someone she met aboard a flight taking pictures of himself in first class. 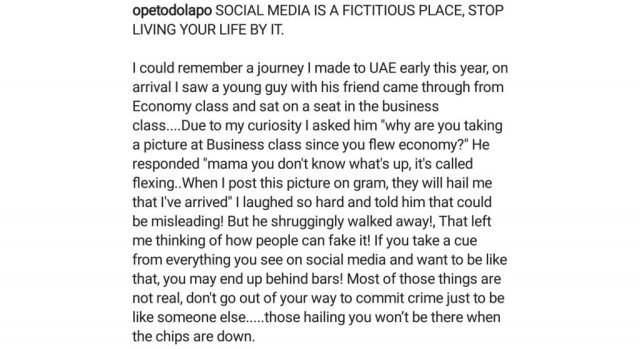 Lanre Gentry had attacked the police woman, accusing her of being the ring leader of the fake live actresses in Nollywood. 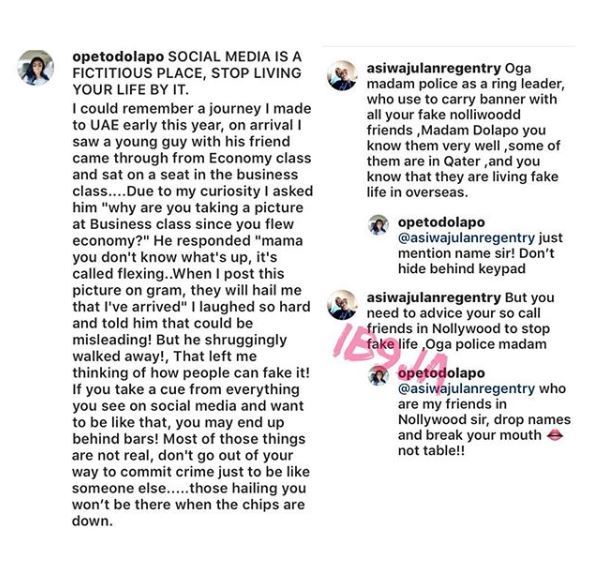 Dolapo Badmos replied his comment telling him to has mention names and stop hiding behind keypads.

Apparently, Gentry has not forgiven Dolapo Badmos for joining his wife and some other Nollywood divorcees in a placard carrying war against domestic violence last year shortly after his domestic violence saga.