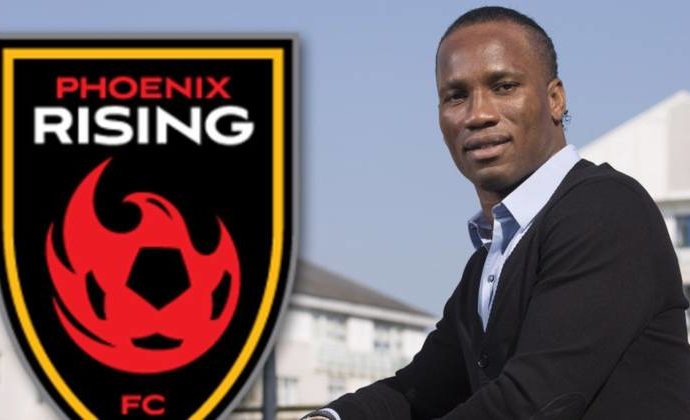 A Phoenix statement said Drogba, 39, would be a member of the club’s playing staff before eventually switching to an executive role.

“I have taken my time in deciding what I wanted to do next and am really excited about the opportunity at Phoenix Rising FC,” Drogba said in a statement.

“After seeing first-hand the potential for expansion of the sport in North America and getting to know the ownership group in Phoenix, I am convinced that I can help them develop their organisation on and off the pitch.”

Phoenix currently play in the United Soccer League, the de facto second tier of US club football. Although there is no promotion and relegation between the USL and MLS, Phoenix is vying to become one of the top tier’s expansion teams.

Drogba’s arrival in Arizona comes after a turbulent spell with MLS side Montreal Impact came to an end last season.

The veteran’s last season in the MLS was marked by tension between the player and his club, with the nadir coming in October when he refused to be a part of the Impact’s matchday squad after learning he was not in the starting line-up.

“He will be a great ambassador for our sport, using his experience, talent and vision to benefit fans, as well as fellow players,” Edwards said.

“His invaluable mentorship will guide our young stars in the locker room and on the field, contributing to the future success of our league and the game for years to come.”

Former Ivory Coast captain Drogba was linked to a move to Brazilian team Corinthians earlier this year but turned down a contract worth $120,000 (110,000 euros) per week.

The two-time African Footballer of the Year is best known for his two stints with Chelsea, spending eight years at Stamford Bridge after joining from Marseille in 2004, winning four Premier League titles and the 2012 Champions League.

He returned for the 2014-2015 season and has also played for Chinese side Shanghai Shenhua and Galatasaray in Turkey.

Why MIKE ADENUGA Does Not Joke With...