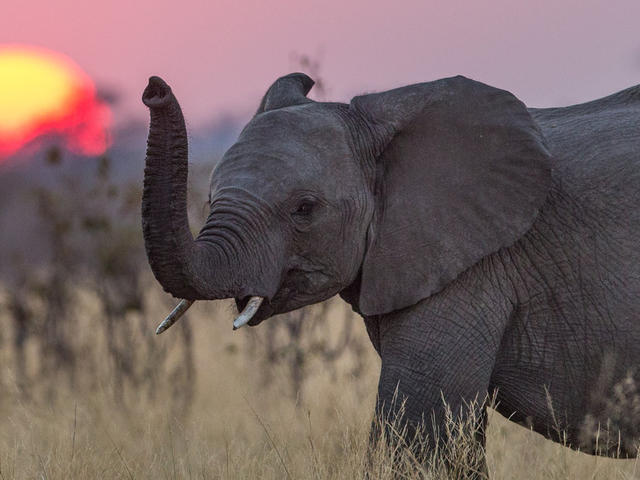 Nigeria has for long featured prominently among nations with spectacular landscape and heritage sites that are of immense significance to biodiversity conservation. These among other factors have earned us global recognition and endeared a host of institutions to embrace animal and plant symbols as its corporate identity. There may be diverse opinions on the values such insignias play in the emergence and growth of business entities. Nevertheless, the use of nature-inspired insignia has facilitated the long-term brand impression, appreciation and patronage received by business owners.

Two subspecies of the African Elephants (sometimes considered as 2 separate species) with an estimated population of about 300 individuals are currently living in the wild in Nigeria. The Forest Elephants occupy the lowland tropical forests of Southern Nigeria, while the Savannah Elephants make use of the vast woodland/grassland ecosystems North of the country mostly in protected areas. Efforts to preserve these animals in their home ranges are spearheaded by the Nigerian Conservation Foundation (NCF) and the Wildlife Conservation Society (WCS) – with support from various State governments, local communities and other corporate bodies.

The increasing interests and supports from corporate institutions towards sustainable practices and actions have added to the expansion of conservation influence in Nigeria. Expectedly, these efforts did pay off with the near zero mortality rates recorded for the elephants in recent time. Nevertheless, sustained actions are needed to halt the indiscriminate habitat destruction and human-wildlife conflicts (HWC) triggering unpredictable behaviour and movements of Nigeria’s elephants out of known home ranges.

Enhancing civic awareness and galvanising wide-ranging supports for the elephants is visibly the practical pathway to tow. Nigeria, therefore, joins the rest of the world to commemorate the 2019 World Elephant Day on 12th August.  The theme “Bringing the world together to help elephants” resonate with emerging facts that Nigeria’s elephants need collaborative engagements to survive beyond this generation.

Consequently, NCF is drumming supports from individuals and corporate bodies, especially those whose brand adornments promote natural features to lend their corporate existence and influence to help the cause of elephant conservation in Nigeria. Several modules for the commemoration are presently undergoing deliberation to create awareness and garner supports for the elephants and local communities where HWC are predominant. Again, an opportunity is glaringly presented to enlist more influencers among the armies of individuals and institutions turning the tides in favour of the planet and its components.

DRUMMING SUPPORT FOR THE CONSERVATION OF ELEPHANTS IN NIGERIA was last modified: August 29th, 2019 by Reporter

How Governors Are Plotting To Produce The...