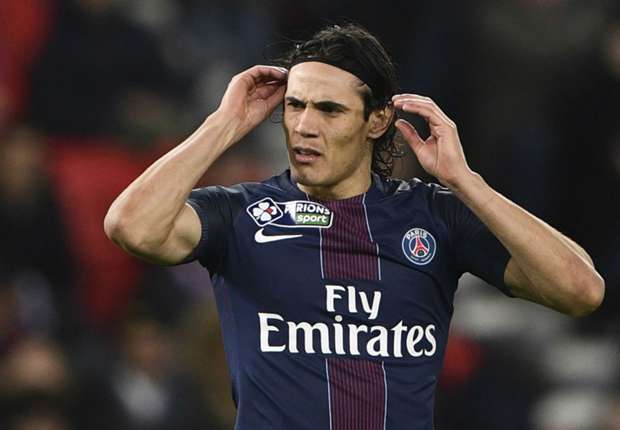 The striker, who is currently tied to the club until 2018, grabbed headlines for his angry reaction to being taken off against Rennes in Saturday’s encounter. After Unai Emery insisted such a response is “normal”, the former Napoli star himself has emerged himself to insist he is set to extend his stay at the club, having long looked likely to sign a new deal which will keep him in the French capital until 2021.

The 29-year-old has been in fine form for the Ligue 1 champions this season, scoring 18 goals in the French top flight in as many games, while he has netted a further six in six Champions League appearances.

And the Uruguayan is confident he will remain put for the foreseeable future, insisting he is happy at the club and in the city.

“My stats are good,” he told Telefoot. “But this is not what concerns me most. What interests me is that PSG can win and be champions.

“I want to stay in Paris. I am doing very well here and I love this city so I think all conditions will be there to extend. I had a meeting with the president and I hope that it will happen.”

Despite Cavani’s excellent form up front, PSG’s season has not been a breeze thus far. After Saturday’s win over Rennes, Emery’s men are still trailing Nice in the Ligue 1 title race, and are only level on points with Monaco, with both teams playing on Sunday.

PSG may have faltered at times this term, but Cavani is confident they are still improving as they look to regain control of the title race.

“We do very good things,” he said. “There are some things that we can improve, but it is a PSG that is more dynamic, more conquering than last season.”

Edinson Cavani has said he wants to sign a new contract with Paris Saint-Germain. was last modified: January 16th, 2017 by Damilare Salami