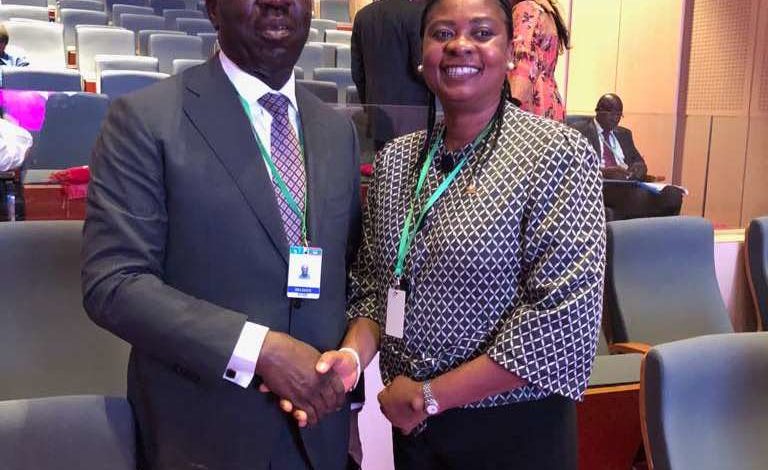 The governor, in a statement, said that Justice Anukam’s election as one of the Judges of the African Union Court on Human and People’s Rights deserves commendation, as she would serve as a beacon of hope to young Edo people, especially young girls, who need credible mentors in the public space.

Justice Stella Isibhakhomen Anukam (nee Eremionkhale) was among the three new judges elected to the African Court in July and was sworn-in on August 27, in Arusha, Tanzania.

According to Obaseki, “On behalf of the government and people of Edo State, I congratulate Justice Anukam on her new role. She has shown once again that we have many illustrious sons and daughters that have proved themselves in their various fields of endeavor.

“Her ascension to the role of a judge at the African Court is of immense benefit to us, as a people with a thriving youth population that is seeking role models across different career paths.

“While battling issues such as human trafficking and illegal migration and other social ills, icons such as Justice Anukam helps to point our young people, especially young girls, to the right path with the assurance that if they do work hard, they are sure to reach the peak of their careers.”

Obaseki hailed her contribution to upholding human rights and other engagements in Nigeria.

He urged Justice Anukam to uphold human rights and rights of African peoples, charging her to leave an indelible mark at the African Court during her tenure as a judge.

Justice Anukam, before her election, was the Director, International and Comparative Law, Federal Ministry of Justice, Abuja. She holds an L.L.B degree from the Obafemi Awolowo University (OAU), in 1984 and B.L in 1985. She is a fellow of the Chartered Institute of Arbitrators in Nigeria and the Institute of Chartered Secretaries and Administrators.