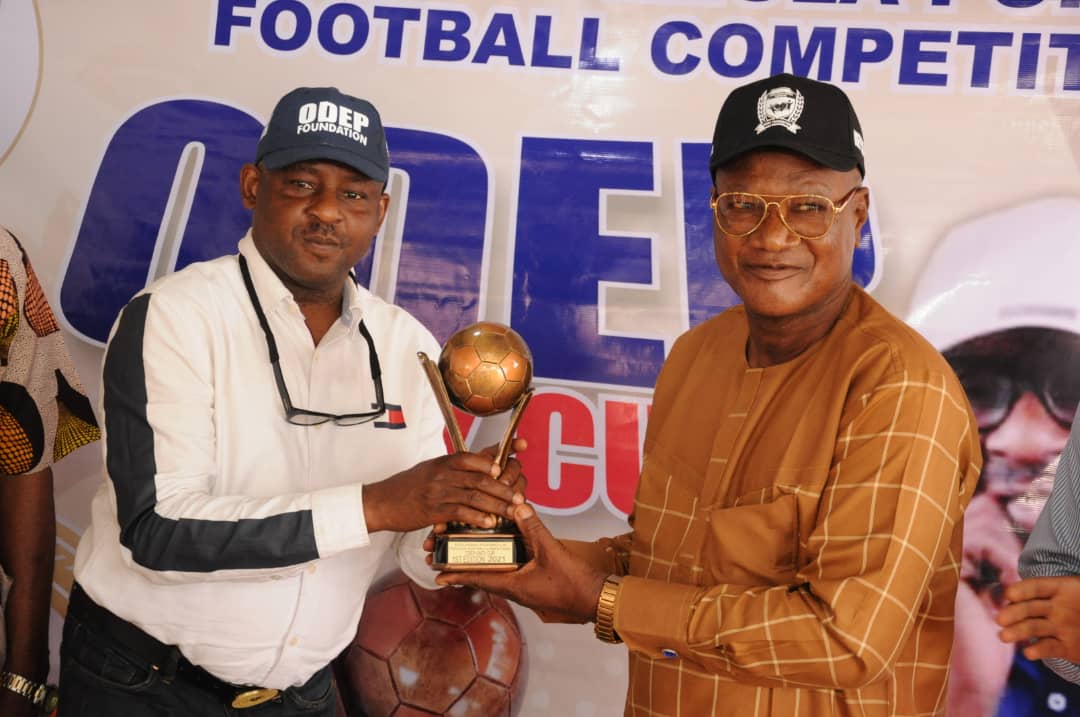 In a bid to engage youths positively and build their capacity through sports, a philanthropist, Otunba Ademola Popoola has donated a trophy for football competition among clubs from the 16 local governments in Ekiti State.

While unveiling the soccer event that will commence in the month of June and end by last week in July, the cup donor commended the leadership of Ekiti Football Association for doing a great job in developing grassroots football in the state, adding that the competition will further complement their efforts in that area.

“The aims of putting this competition together are to identify talented soccer players among our youths in Ekiti and develop them into a finished product, thereby creating an opportunity for the Ekiti youths to make a good living out of the round leather game as you will all agree with me that football has long become a money spinning venture globally”, said Otunba Popoola.

He added that: “I know that there are lots of untapped talents in Ekiti which this competition will bring out, and that is my major focus. I will be able to develop brains and nurture talents, if you have skills or talents and there’s no way to showcase it, one can die with such qualities.

“I and my team at Otunba Demola Popoola Foundation (ODEP) have identified football as a veritable way to invest in our youth in Ekiti, and I have instructed the technical people to scout for good legs from this maiden competition that will be assembled to form a football team that I will be sponsoring to play leagues and thereby expose the boys to international prominence”.

Meanwhile the Chairman of Ekiti State Football Association, Bayo Kehinde-Olanlege has endorsed the tournament via a letter of authorization issued to acknowledge the tournament, while charging other well meaning personalities from Ekiti State to emulate the good gesture of Otunba Demola Popoola by collaborating with the FA to develop Ekiti Football.

Participants are expected to win mouth watering cash prizes and medals according to the chairman of the Main Organizing Committee (MOC) of the tournament, Otunba Femi Arowosola, while individual honours such as: the most valuable player, best goalkeeper and highest goal scorer will also be rewarded.