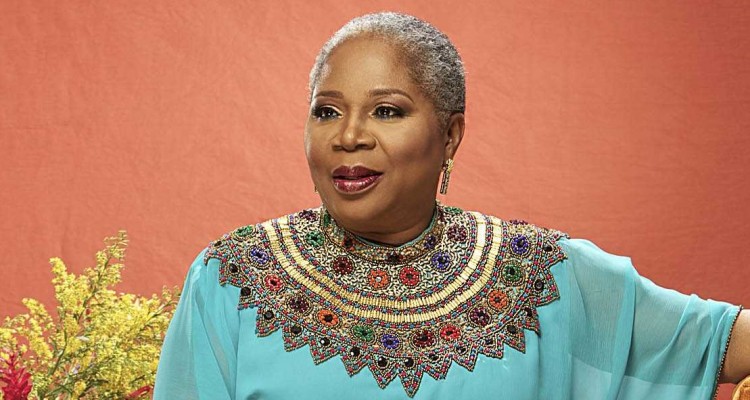 It is no mere rhetoric that Onyeka Onwenu’s name has remained golden in the history of Nigerian music. She competed fairly well during her playing years in a male dominated atmosphere of Nigerian music of the 80’s. With her melodious songs, she took Nigerian traditional music to a different epoch with the use of folklore and traditional musical instruments especially the use of “EKWE” which helped in projecting the eastern music culture.

True to her name “The Elegant Stallion” effortlessly display style, beauty,  class, and elegance at many social functions which have over the years made her a cynosure of all eyes and also stood her out as a force to be reckoned with in the history of African music.

Her unmatchable creative prowess can never und4errate. Aside from music she had her stint at the certain time in politics and acting.

In politics, she was a one-time Chairperson of Imo State Council for Arts and Culture.  She was also appointed as the Executive Director of the National Centre for Women Development during President Ebele Jonathan’s regime.

Her role in the Award winning Movie by Chimanda Ngozi Adichie’s “Half of a Yellow Sun” can’t be forgotten in a hurry. She has also played supporting roles in other movies like Conspiracy, Chain Reaction, Government House, Different World, To Love an angel just to mention a few.

She is a musician that has used her music and its timeless messages to promote our culture.

Her music duet with King Sunny Ade titled “Wait for Me” has remained an evergreen today and remembered always as a song with deep lyrical message which was put together to help the government of that era fight seriously against the outburst of population explosion while also regulating it with the different family planning programmes put together by the government.

Her song “African woman” helped greatly in projecting the innate exquisiteness of the African Woman giving them a sense of pride and belonging amidst poverty, widowhood, rape, lack of care, hatred, humiliation, abandonment, etc

Some of her other evergreen songs includes Iyogogo, One Love, Dancing in the sun, Choices, etc

Her songs frequently played by many broadcasting stations focus on many of the happenings in our society but today one is forced to compare the music of those days to what is available now and then draw up  the conclusion that it is a wild goose chase furthering one’s contrast.  Music of the late era was a powerful tool of communication and instruction. Though one can’t deny the fact that few of today’s generation are trying their best in keeping up with these legacies but many of them are likely to be taken off the shelf in few years time.

I still wonder today why women who have made a good calling for themselves and effortlessly contributed to the history of Nigerian creative industry are sometimes labeled as being arrogant, pompous what have you.

It is a common problem with us in this part of our clime when a woman competes and dominates favorably well in a male dominated profession she is usually ascribed with different unbecoming names.

Onyeka Onwenu deserves all the accolades she can get from all those whose lives she has touched all over the world. To Onyeka Onwenu I will tell you for free that you have been an inspiration to many women of all ages and ethnicity and may your Elegance keep on radiating like a shining star.