English Teams Are In “Second Level” In Champions League – Mourinho 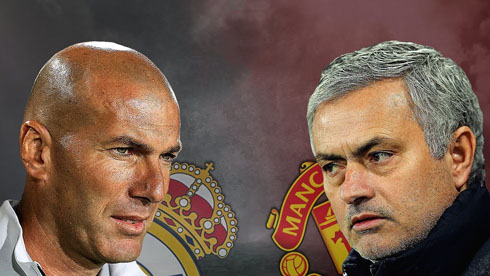 Manchester United manager Jose Mourinho believes that Manchester United and other English teams in the Champions League this year are “second level” to clubs like Real Madrid, Barcelona, and Bayern Munich.

Mourinho watched his side cruise to a 3-0 win over Basel at Old Trafford in their Group A opener on Tuesday, though he was not impressed with United’s performance, criticizing them for not doing a thorough and professional job.

Chelsea were the other English side in action on match day one, thumping Azerbaijani newcomers Qarabag 6-0 at home, while Manchester City and Liverpool face Feyenoord and Sevilla, respectively, on Wednesday.

Mourinho does not rate the chances of any of them winning the competition particularly highly, though, suggesting that, while the Premier League sides are giving the Champions League their all, Madrid, Barca and Bayern are just “warming up” and benefit from having a winter break.

“Now is just the warming up and in February when us English teams, we are trying to survive after the winter period, they will be fresh and ready after these warm-ups.

“Let’s get the points to qualify for the knock-out phase and when we do that, if we do that, let’s enjoy playing against the big guys.”