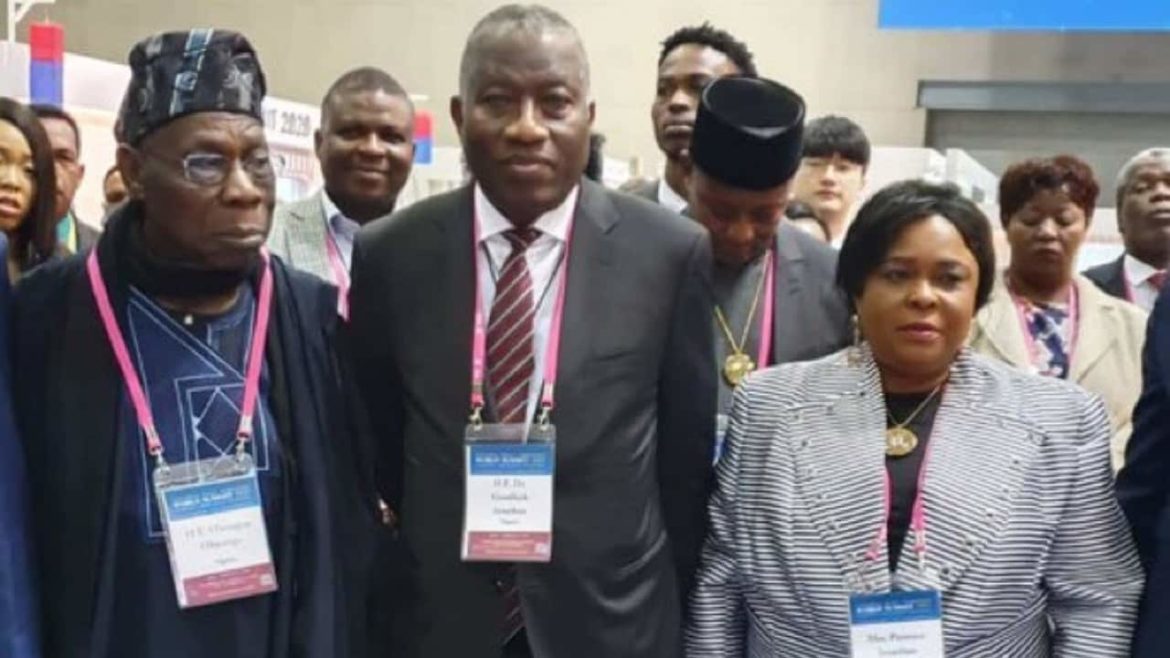 Speaking after his meeting with Obasanjo, Jonathan said he was in Seoul to join the discussion on how to maintain world peace.

On his Twitter page, Jonathan wrote: ”I was delighted to meet His Excellency Chief Olusegun Obasanjo at the ongoing World Summit 2020 in Seoul, South Korea where we joined leaders from across the world to make a case for lasting peace, interdependence and shared values among the world’s peoples and nations.”

This is coming at a time when Nigerians lament the increasing spate of killing, kidnappings and insecurity in the country.

Recall that on Sunday, the General Overseer of the Redeemed Christian Church of God, RCCG, Pastor Enoch Adeboye led his members on a protest against the insecurity situation in the country.