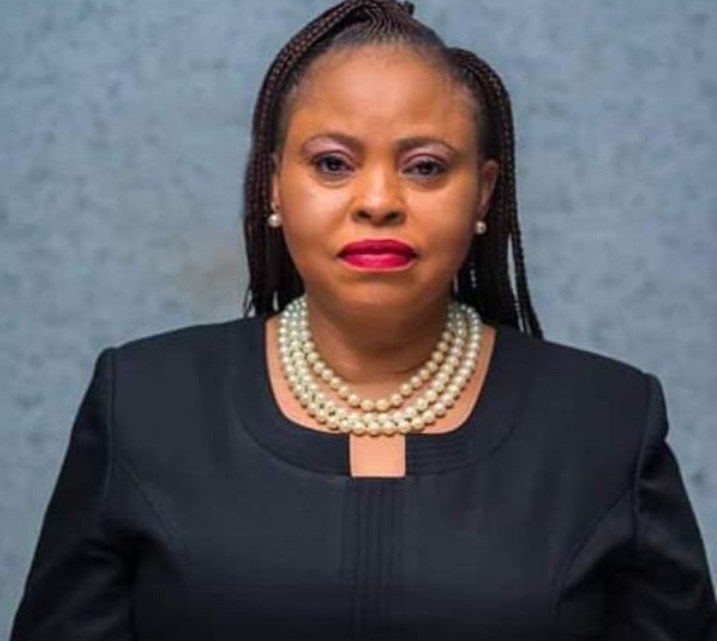 The news that Governor Rotimi Akeredolu has appointed  the first ever  female as the Secretary to the Government of Ondo State  has got many people praising him and some women rights activists singing his commendation to heaven without knowing the hidden secret of the appointee – Oladunni Odu,

The lady, Oladunni Odu has a lot of secrets that are hidden from the public and which her appointment by Governor Rotimi Akeredolu is helping to unravel.

It is about the law of karma, that no matter how clever you are whatever you are doing secretly will be exposed one day

This has come to play for Princess Oladunni Odu, the newly appointed First female SSG in Ondo State

Talk of brilliance, she got it

Talk of Intelligence, she is abundantly blessed

Speak of a woman with a heavy robust sense of responsibility and precise efficiency she has it.

Looking for a dependable and reliable ally who can oblige personal sacrifice for a venture to succeed, that is her.

Searching for a woman who you can trust with your eyes closed, scramble for her.

Grooving for a human being who will not stab you at the back no matter the pecuniary offers, just go for her.

Think of a woman who is not only resourceful but a goal setter and getter, Princess Oladunni Is.

Hunting for a diligent and proactive lady of substance who combines beauty, gut and solidity in thought, she is your best choice

Prying for a humane, humble and sensible workaholic, she is your best

Looking for a lady with supreme leadership acts, deeds and thought, Princess Oladunni is your choice

Talk of panache, she has it plenty

Humility is innate in her and of course her second skin

Run her brain upside down

A painstakingly   selfless lady with a large heart to make sacrifice for the collective good of all.

An affectionate mother and a responsible wife

Definitely, it takes a philosopher Governor of the person of Governor Rotimi Akeredolu, a man who does not suffer fools to go for a gem of  a lady called Princess Oladunni Odu as the first female Secretary to the government of Ondo State.

Congratulations to the people of Ondo State for been blessed with a proactive lady of grace, a thinker and a mother as the first Female SSG in Ondo State ;