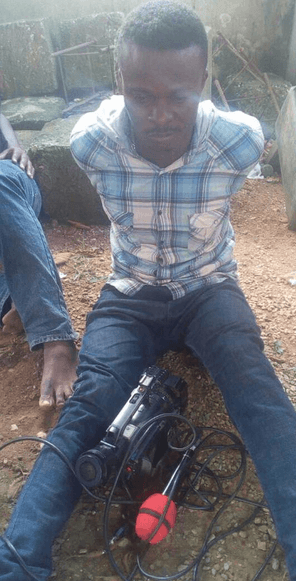 These two journalists were nabbed in Lagos while they went parading themselves as LTV Staff. They were interviewing the Chairman of Igbogbo/Baiyeku LCDA, Ikorodu when they were nabbed. One was asking the Chairman questions, while the other was recording.

N.B: Their mission is to always conduct interviews, task the men, then tell them the programme will be aired, in most cases it never gets on air, but they have collected their own money and moved to their next victim 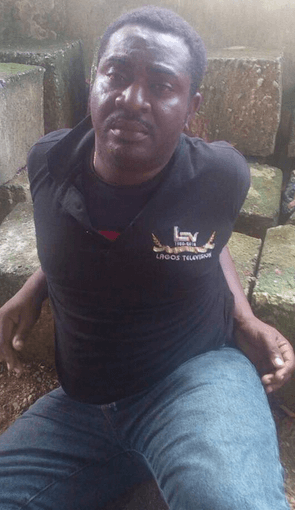 “I Don’t Think It Is Necessary To Be Dribbling Me” – Defence Spokesman, John Eneche Tells Jurnalists