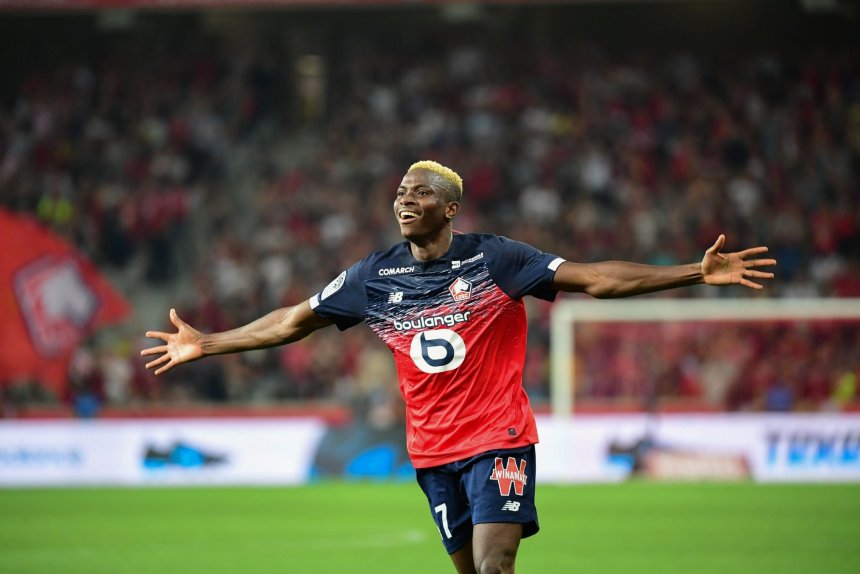 Lille forward Victor Osimhen has denied reports that he has agreed a transfer to Napoli, dismissing them as “fake news”.

Osimhen enjoyed an impressive campaign in Ligue 1 with the northern French club, before the 2019-20 campaign was ended early as a result of the coronavirus pandemic. This has seen the Nigeria international linked with several clubs around Europe.

This led to claims from several outlets that Osimhen has agreed a deal with Serie A club Napoli – however, these have been rubbished by the player himself.

He told Omasports: “The news relating to my agreement with Napoli is false. I am surprised by these journalists who claim to be professionals. Ignore this fake news on my account, when there is an agreement for my transfer you will know it directly from me.”

Osimhen only joined Lille from Sporting Charleroi prior to the 2019-20 season but is already being linked with a big-money move elsewhere.

He scored 18 goals in all competitions, including two in a Champions League campaign that saw Lille only register a solitary point as they finished bottom of Group H behind Valencia, Chelsea and Ajax.

Lille have received multiple offers for Osimhen having previously rejected interest in the forward during January, according to owner Gerard Lopez.

“There are multiple offers,” he told Mail Online. “We turned down one English and one Spanish offer this January transfer window.

“There is a wide array [this summer] and I wouldn’t want to give the names of the clubs who are bidding but what I can tell you is that there are multiple [offers]. There are three championships that have clubs that have bid for him.”

Osimhen has also reportedly attracted interest from the Premier League, with Tottenham and Liverpool among the names mentioned. However, his agent, Ariyo Igbayilola, says the player will only join a club where he is guaranteed first-team football.

UN Carves Out New State From Nigeria And Cameroun, Set To Announce The Name July 10

Kaduna Doctors Threating To Go On Strike After 25% Salary Deductions