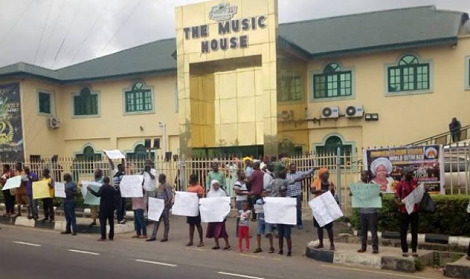 Members of staff of Yinka Ayefele’s radio station, Fresh FM, and fans of the gospel artiste on Thursday protested against the planned demolition of the radio station by the Oyo State Government. The ultimatum was said to have expired on Wednesday.

The Director, Yinka Ayefele Nigeria Limited, Mr David Ajiboye, told journalists that a court injunction had been obtained by Ayefele’s counsel restraining the government from carrying out the demolition.

The staff members and other sympathisers gathered in front of the radio station with placards in anticipation that agents of the government would come with bulldozers to bring down the building.