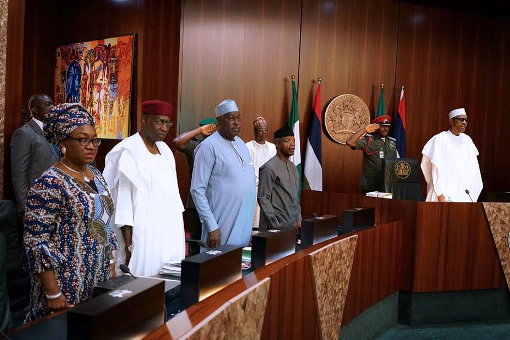 The federal executive council (FEC) meeting did not take place on Wednesday.

The meeting usually holds every Wednesday.

FEC is the highest decision-making body of the government. It comprises the president and members of his cabinet.

His absence fuelled speculations that he was ill, but Lai Mohammed, minister of information, said the president was hale and hearty.

He said the president considered the agenda of the day to be light, so he delegated the duty to Osinbajo.

FEC fails to hold Meeting was last modified: April 19th, 2017 by Arinze Ago