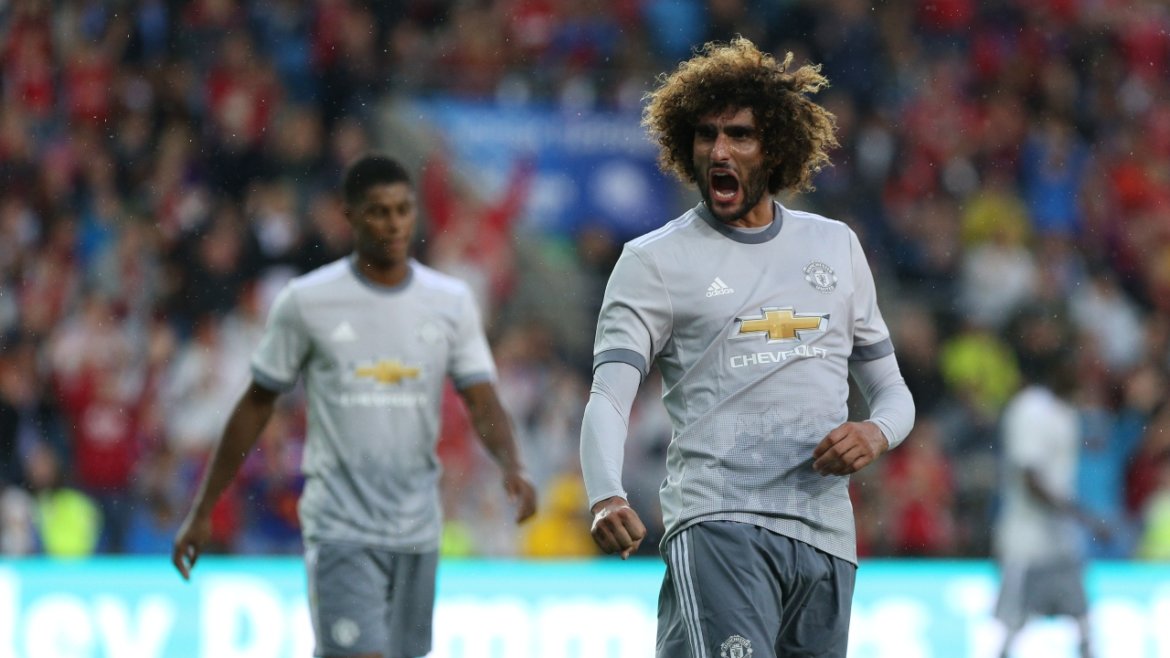 Manchester United eased to a serene 3-0 victory over Valerenga as the European leg of Tour 2017, presented in Aon, began in Norway.

Marouane Fellaini opened the scoring on the cusp of half-time with a deflected header and his compatriot Romelu Lukaku doubled the lead within minutes of the restart.

Scott McTominay capped a rewarding afternoon’s work for the Reds by clipping home a third in the 70th minute.

Jose Mourinho made six changes to the side that lost narrowly to Barcelona in Washington DC and the Reds, clad in grey, started brightly under gloomy, overcast Oslo skies.

Henrikh Mkhitaryan led the first assault on the Valerenga goal but could only find the keeper when sent clear by a probing Juan Mata pass in the third minute.

United dominated possession throughout a comfortable first half, with Paul Pogba as the chief inspiration. The effervescent Frenchman peppered the opposition goal with an array of shots, and his lifted, curling left-foot effort, which struck the Norwegians’ post, was the pick of United’s attempts prior to Fellaini’s opener.

The half appeared to be drifting towards a sedate close when the Belgian stooped to meet Mkhitaryan’s cross and head it home via a deflection to give United the lead.

Mourinho ordered nine changes at the break, as his team shifted from the 4-1-4-1 shape of the first period to 3-5-2.

A thunderous Lukaku header from a swirling Andreas Pereira corner made it 2-0 just after the restart and gave United’s imposing new striker his third pre-season goal.

Academy graduate Scott McTominay added a third after replacing the imperious Pogba, who delighted the rapt crowd throughout with his full repertoire of deft, creative touches. Valerenga barely threatened the United goal all evening, as the visitors made it five wins from six thus far during the pre-season period.

Fellaini, Lukaku On Target As United Eased Past Valerenga In Norway was last modified: July 31st, 2017 by Damilare Salami