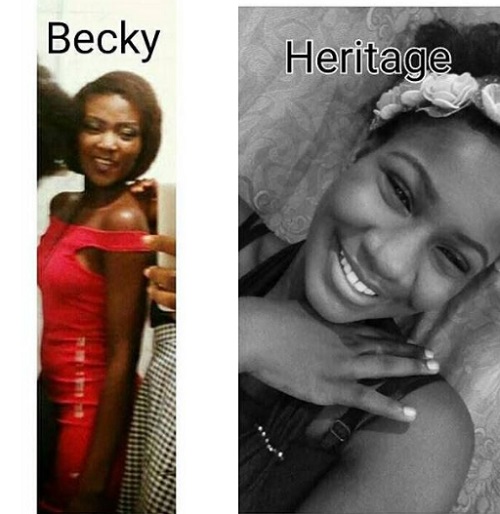 A female undergraduate of the University of Benin is fighting for her life after she was allegedly stabbed by her roommate and left for dead.

A female student of the University of Benin in Edo State, identified as Becky allegedly stabbed her roommate, Heritage on the head and then left her to die.
According to reports, the shocking incident happened after a misunderstanding. The victim is currently in the hospital battling for her life. Tushspot shared the message on Instagram writing: “This photo is of two undergraduate students of University of Benin in the Ekewan campus of the University. Becky is said to have stabbed Heritage in the head and Heritage is at the moment battling for her life.
“While some say it is over a boy, others say it is over a wrapper. Please say a prayer for Heritage!” Female UNIBEN Student Allegedly Stabs Roommate and Leaves Her to Die was last modified: May 25th, 2017 by Arinze Ago