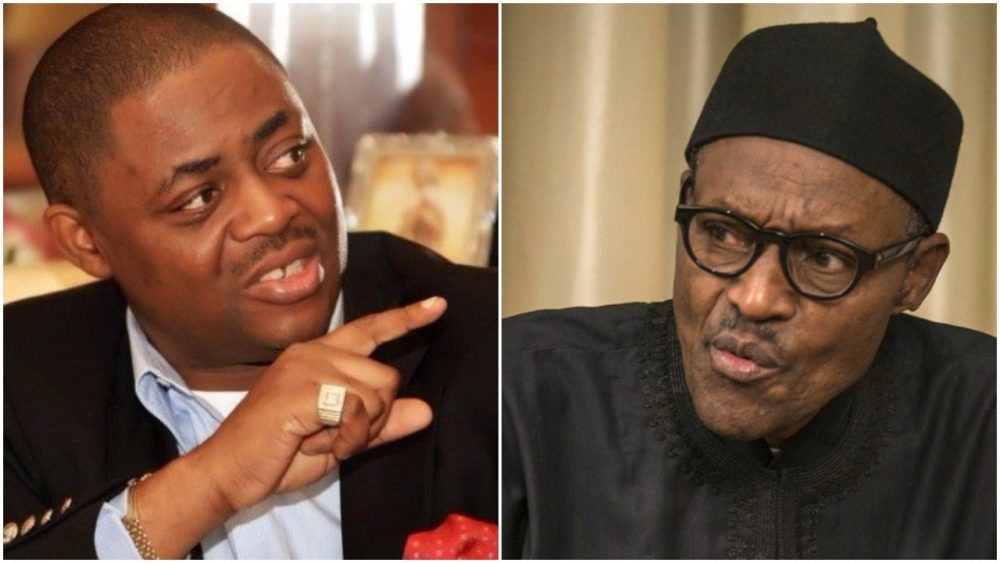 Former Minister of Aviation and a chieftain of the Peoples Democratic Party (PDP) Femi Fani-Kayode has called on the National Assembly to forget the ultimatum given to President Muhammadu Buhari to meet their demands but impeach him right now.

In a tweet on Wednesday, Fani-Kayode said the ultimatum is too late and that the lawmakers should stop playing games with the president.

Fani-Kayode whose wife, Precious, recently gave birth to a set of triplets (all boys) explained that President Buhari had committed a lot of impeachable offences, adding that now is the time to impeach him.

”The ultimatum given to @MBuhari by the NASS is too little,too late. You do not warn a snake before you crush its head. You simply take your aim and strike it with one powerful and lethal blow. @MBuhari has committed many impeachable offences.Stop playing games! Impeach him NOW!”

These are the conditions President Buhari must fulfill before the 2019 election to avert impeachment, according to the lawmakers.

1. The Security Agencies must be given marching orders to curtail the sustained killing of Nigerians across the country and protect lives and properties of Nigerians as this is the primary duty of any responsible Government;

2. The systematic harassment and humiliation by the Executive of perceived political opponents, people with contrary opinions including Legislators and Judiciary by the police and other security agencies must stop;

3. There must be strict adherence to the Rule of Law and protection for all citizens by the President and his appointees;

4. The President must be held accountable for the actions of his appointees and must be ready to sanction those that carry out any act which will ridicule or endanger our country and democracy;

5. The Government should show sincerity in the fight against corruption by not being selective . It should also prosecute current appointees that have cases pending against them;

6. The sanctity of the National Assembly should be protected and preserved bythe Federal Government of Nigeria by not interfering in its business and prosecuting those who invaded the Senate to seize the mace;

7a. National Assembly should liaise with International Communities through the IPU, APU, ECOWAS, CPA, Parliament, Pan African Parliament, EU, UN, US congress and UK Parliament to secure our democracy;

b. Democratic elections must be competitive and inclusive by removing the present reign of fear and intimidation particularly as we approach the forthcoming 2019 elections;

8. The National Assembly will work closely with Civil Society Organisations, Trade Unions and NGOs to further deepen and protect our democracy;

9. The President must take immediate steps to contain the growing level of unemployment and poverty in Nigeria especially now that we have advantage of the oil price having risen to $80 per barrel;

11. we reaffirm our earlier resolution of vote of no confidence on the Inspector General of Police who does nothing other than preside over the killing of innocent Nigerian and consistent framing up of perceived political opponents of the President and outright disregard for constitutional authority, both executive and legislative;

12. Finally, the National Assembly will not hesitate to evoke its Constitutional powers if nothing is done to address the above resolutions passed today.