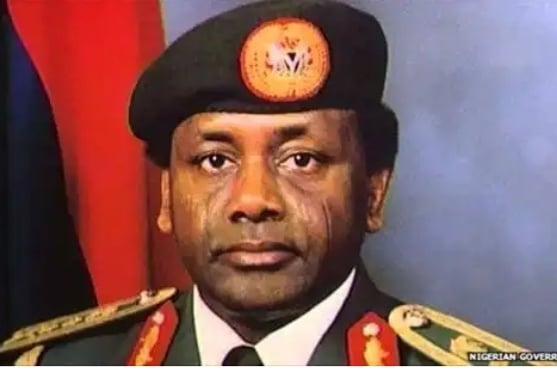 The Federal Government says it is set to recover a fresh $321 million stolen by a former military head of state, Sani Abacha.

It also said it will soon seize other assets linked to a former governor, James Ibori, and an ex-Minister of Petroleum Resources, Diezani Alison-Madueke.

This was revealed in Wednesday during a Federal Executive Council meeting presided over by President Muhammadu Buhari.

The agreement on the Abacha loot is expected to be signed next week, according to the Attorney-General of the federation, Abubakar Malami.

Mr Malami said the agreement is a tripartite understanding between Nigeria, the Island of Jersey, and the United States of America, as part of the country’s efforts to recover more stolen funds stashed abroad.

Mr Malami also said the funds will be deployed for the construction on Lagos to Ibadan highway in the South-west, Abuja to Kano in the north and the Second Niger bridge.

The AGF also reportedly disclosed that a separate €6.8 million was looted by former Governor of Delta State, Mr Ibori.

“As it is, we have concluded on the understanding that the sum of $321 million will be repatriated in due course inclusive of James Ibori assets as well,” he said.

“So, we are hopeful that by next week we will sign the agreement for the looted assets. The assets that are going to be repatriated are located and in the custody of the Island of Jersey.

“But the United States of America came on board because it has obtained an order for forfeiture against the assets, considering that the medium of exchange used in the looting the assets is the U.S. dollar.

“So, the amount upon signing the MOU will be remitted from the Island of Jersey within a number of days agreed upon, within 28 days.

“The money will be repatriated from the Island of Jersey to the United States of America and thereafter within 45 days, it is agreed by the parties that the United States is America will make the necessary arrangements for the eventual repatriation to the Nigerian state.”

In December 2017, the Federal Government signed a Memorandum of Understanding MOU with Switzerland on the return and monitoring of the $322 milloom Abacha loot.

The funds were reportedly used to fund the Social Investment Programme, (SIP) and Conditional Cash Transfer (CCT) which began in December 2016, under the Buhari led administration.

Vice President Yemi Osinbanjo had announced in 2018 that the looted funds would be used to assist the most vulnerable Nigerians with a monthly stipend of N5,000 each.

According to a 2019 report by the NSIP, about 297,973 poor households in 20 states had already started receiving the cash transfers.

Mr Malami also said the Nigerian government expects “at least €6 million (recovery) from Mr James Ibori as well as proceeds of a planned auction of a yacht seized from oil magnate, Kola Aluko”.

Mr Aluko, who is an ally of Mrs Alison-Madueke, is accused of siphoning over $1.8 billion in crude oil sales, according to the EFCC.