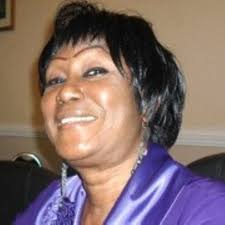 But for her death, one of the most talked about women in the history of narcotics in Nigeria, Jennifer Madike, would have been 63 years old this year. So yes she is dead and expectedly, news of her death has shocked not a few to their marrows. And this is understandably so as the very beautiful and elegant Jennifer had repented and given her life to Christ.

Infact, she became born again while still serving her jail term and once she completed it, pursued the things of God with such fervency that she became a Pastor at Spirit and Life Bible Church with headquarters in Benin City. She tried to wipe off the memories of her past by having a change of name, Pastor Rejoice but to many who she was still Jennifer Madike. She shunned the lime light like a plague and channelled all of her energy into preaching the word of God as well as counselling troubled souls.

In her hey days, shortly before her incarceration, Jennifer bestrode the scene like a colossus. She was prominent, wealthy and had access to anything she wanted. She was the quintessential colourful and exuberant socialite who would later become the erstwhile drug czar and former Rivers State Governor/Police Commissioner, Fidelis Oyakhilome’s Achilles heel.

The incident that felled Oyakhilome from his Olympian height was his alleged complicity with Jennifer, in offering a bailout to drug barons under the influence of Jennifer’s undue closeness to him.

To some, Jennifer’s life may not have been one in futility seeing that she ended up becoming a staunch worker in the Lord’s vineyard and ultimately made peace with her God before she succumbed to death.