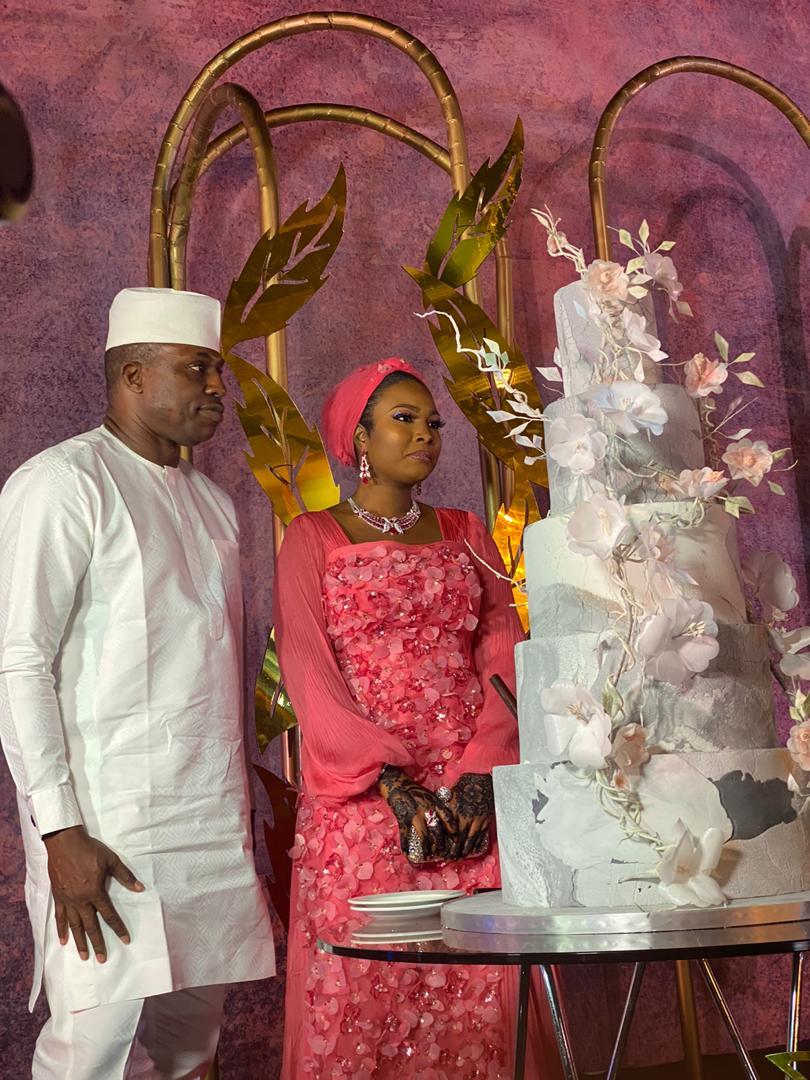 As you read this, former Speaker Rt Hon Dimeji Bankole, has tied the knot with Aisha Shinkafi Saidu, the beautiful daughter of Atiku Bagudu, Kebbi state governor.
The wedding ceremony took place this evening Friday 15th January .
The bride,is a lawyer and graduate of the University of Hull in the United Kingdom.She is also a granddaughter to Umaru Shinkafi, a late Nigerian intelligence chief and former federal commissioner of internal affairs.

He was a 2019 Ogun state gubernatorial election candidate under the platform of the Action Democratic Party (ADP).
Both families had earlier held an introduction ceremony where Aminu Tambuwal, Sokoto governor and Bankole’s successor as speaker of the house, led the groom’s people to the bride’s family home to seek her hand in marriage.
It had kicked off the union of the couple in line with Islamic and traditional injunctions ahead of Friday’s event.
Groom is the son of the great Abeokuta politician and business man,Chief Alani Bankole.
It was a classy and colourful wedding.