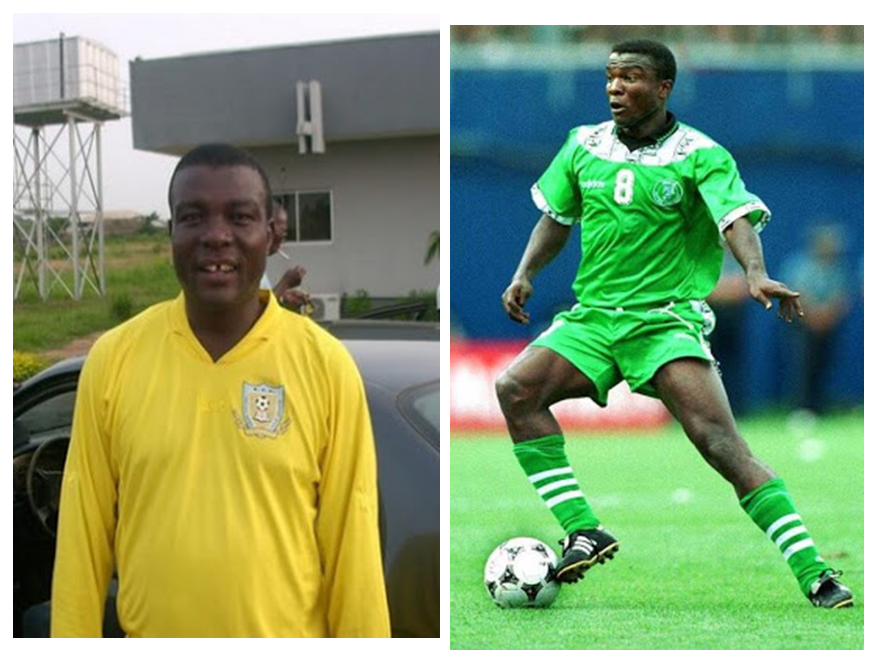 The midfield maestro who was among the 1994 victorious Super Eagles’ squad that won the Nations cup in Tunisia died on Sunday, June 30 at exact 4.05 am at the Yusjib industrial medicare hospital, Ilorin, Kwara State.

Thompson Oliha was born on October 4, 1968, in Benin City and he is a retired Nigerian professional football star who played for clubs in Africa and Europe during an injury-shortened career.

Confirming his death, Doctor Yusuf Addulraheem revealed that Oliha was brought to the hospital at the time when there was nothing he could do to resuscitate him.

“I feel so sad to confirm to you that Thompson Oliha is dead and by the time his wife brought him here, his body was completely lifeless.

“His wife Irish Oliha told me that he slumped in the toilet before rushing him to hospital and there was nothing we could do to save him,” Addulraheem said to supersport.com.

Until his death, Oliha was the head coach of the Kwara Football Academy (KFA) in Ilorin, Kwara State. He was even in charge of KFA’s 3-0 friendly win over a team who came from Mali on Saturday evening at the Academy premises.

Good night “Taxi Driver”, the man who drove our mid-field like a taxi driver! Please pay your last respect to him.