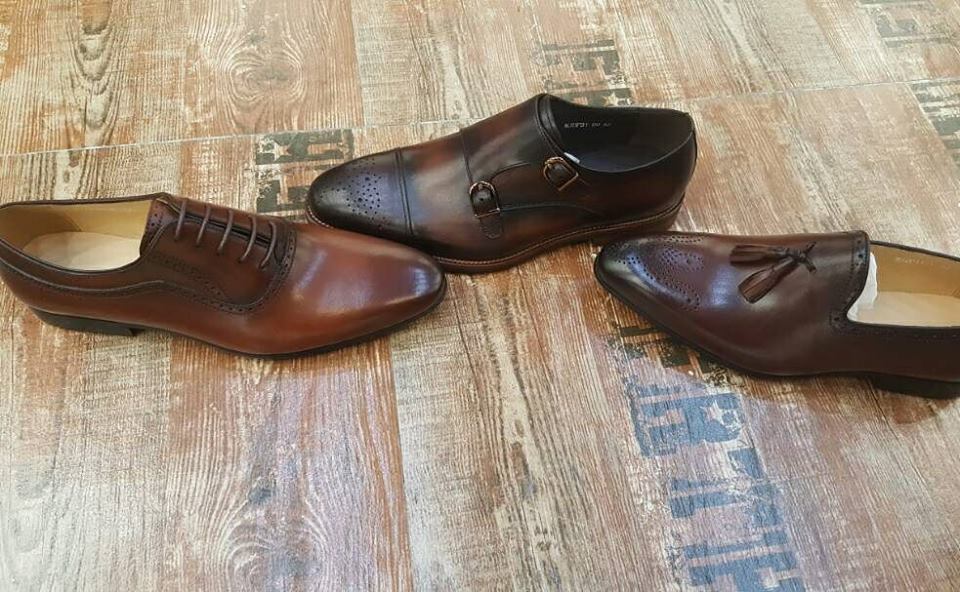 Michelle Ekure is the managing director of Michelle leathers, a graduate of the University of Benin, who later found joy in making shoes for people of high caliber.

In an exclusive interview with City People’s SUNDAY ADIGUN, she recalled how rough it was for her when she graduated as she couldn’t find a good job. Dejected, shattered and beaten by the circumstance she found herself in a profession dominated by men she explained how she used Alibaba as a stepping stone to greatness. Excerpts.

A graduate turned cobbler, what was the attraction?

I’m a Christian  and I have a personal relationship with God, so everything  was just a leading of God. It wasn’t planned, I started my life as a model, everybody knew me as a model in my school. I later went into acting. After I graduated, I got a job in Lagos, somewhere in Lekki. The company was not paying well, so I stopped, but before I stopped I was already selling Sandals. I knew a company then that produced large quantities of Sandals that you can even use as souvenirs.

So, I was buying the firm’s products, and selling a lot of them. Later I moved, looking for a job  in an embassy based on what I studied in school. The opportunity wasn’t forthcoming, so I started praying, seeking God’s intervention and direction, meanwhile I read much,  there was a book I read that says: “whatever you are doing, if you place it in the hands of God, He  would bless its  because you would be doing what God wants you to do. Most people crashed because they don’t follow the leading of God, but when Christ is involved everything becomes perfect. So, I prayed and I heard God saying to me: “Did I ever tell you that I want you to work for somebody” then I said to God  “If you don’t want me to work for somebody, what exactly do you want me to do?” He said “go back to your book, because I have a book that I always wrote my dreams and revelation. God said go back to that book and see what I asked you to do. So, I started reading the book, then I saw what I wrote a long time ago about a revelation I had seen myself selling something. Then, I said God if you want to sell, what exactly do you want me to sell and how would I go about it, then God told me to contact people who were selling sandals to me, and used to ask them to make the sandals with my own label.  I was scared, because you know, atime, you have to get used to God,voice, get used to it, before you would know that is God’ speaking, I just said let me try I approached and made my request and they said “Yes” they can make a Sandal with my name.

So, I started researching on how I can start a shoe company and the financial aspect of it, I was thinking of how to raise money, when I had a dream, I saw my brother in that dream asking me how much  I would need, I told him a figure and he said he would double it. I woke up and  prayed and asked God if He wanted me to approach my brother and I remembered I also prayed that God should  let everyone who I tell about shoe  project  support me, and it came to past.

People really admired it and they supported me. Later I approached workers in the shoe company to teach me how to make shoes and I was taught, If I was getting more demand I would take my job to the shoe firm for finishing, that was how I started.

How has the acceptability been so far?

The acceptability has been great, I made shoes for lots of people, even outside Nigeria. When I started, my vision was to target the likes of  Alibaba  and it  worked out as planned. I called Alibaba that I wanted to make shoes for him, at first he observed that I buy shoes to resell, so he was somehow reluctant, though he gave me his size, then he said “Okay send me pictures” I sent him some pictures and he picked 2, he then asked for the price  I said I didn’t want him to pay, but do a promo for me in return. I later  called him that his shoes were ready, it was on Sunday, he said when you are back from church, let me know, I would come and pick it. I was like: bros are you for real?”

Alibaba coming to my house, it was as if Obasanjo wanted to pay me a visit  I told him to let me come and meet him,  but he insisted. He came to my house, I couldn’t control myself when I saw him and when he saw the shoes, he said  “wait, you made the shoes?” I said yes, and he said “I thought you buy and resell”. I said I’m a shoe maker. At that point, he told me how to make the  shoes  look better and more attractive. Alibaba revealed that  he also learnt shoe making when he was young. He took me through the process of shoes making and I was so surprised and from that day he shared my pictures on his twitter, facebook and so on, he introduced me to many people. Infact I now became his family member, an opportunity many people have been looking for.

Where do you see Michelle leather in the nearest future and what is your advice to young ladies out there?

Let me say this, the truth is if we wait for the Federal Government to do everything for us, we are deceiving ourselves, instead of waiting for somebody to connect you or to help you, I believe there is something you can do to better your life, there is something inside  everyone that needs to come out. As for Michelle leather, we are just starting.