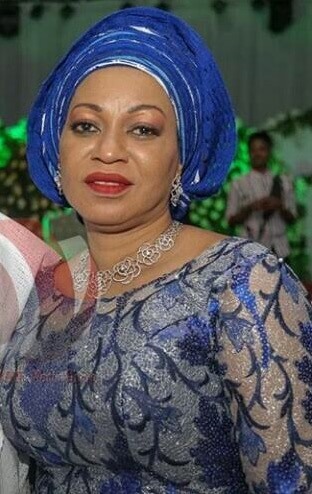 Following its decision to implement a far-reaching report on the sale of under-valued assets allegedly sold illegally, the Lagos state government is set to seize such properties and prosecute defaulters.
The report is said to contain a list of over 100 properties, the names of their buyers and the locations of the assets.
Sources disclosed that the report was arrived at after extensive lasting several months by a panel of inquiry set up in late 2016 by Governor Akinwunmi Ambode to “investigate the sale of its assets in prime areas running into billions of Naira”.
The ELITES reliably gathered that due to the sensitivity of the issue, the government decided to investigate the sale of its assets because they were sold below market value.
It was learnt that assets were disposed at abysmal (or give-away) prices and obviously against public interest, which stoked the interest of the present administration to investigate and review the process by which the assets were sold.
Sources further disclosed that what eventually culminated in the resolve of the State government to investigate the sale of its assets was overriding public interest, lamenting that some of these assets “were sold as low as N20 million.”
One of the assets in contention is the official quarter of the Deputy Speaker of the Lagos State House of Assembly. The ELITES gathered that one of the assets in contention is a two wings of a five bedroom semi-detached house located at 3 Sasegbon Street, Ikeja GRA. The property which is valued at hundreds of millions of Naira was in 2010 offered to Honourable Funmi Tejuosho, through her company, Debam Mega Solutions Limited, for a sum far less than half of the value.
But seven years after the offer, barely half of the offered sum has been paid to the State Government coffers by the company.
Sources, who were privy to the circumstances under which Tejuosho came about “colonizing” the property, disclosed that it was actually assigned to her in her capacity as the deputy-speaker of the Lagos State House of Assembly.
However, Tejuosho was impeached as deputy speaker and was expected to vacate the premises which she refused to do. Rather than vacate the property, Tejuosho offered to buy the house and the then Speaker, Ikuforiji and former Governor Babatunde Raji Fashola, jointly raised an objection, saying emphatically that an official quarter of Deputy Speaker could not be sold to her.
Also, Tejuosho was reported to have ignored several letters sent to her to vacate the property for another deputy speaker. Instead, she headed to the High court to prove sale of the property to her company.
Sources disclosed that Tejuosho tried every means to retain the house as she had done unlawfully for the past seven years using litigation. Unfortunately, she made a slip in her case which necessitated it being struck out.
The ELITES gathered that the government simply took advantage before she re-filed or have same relisted to eject her as the matter is no longer in court. The source described Tejuosho as a trespasser in the property. She is not a tenant as she has not been paying any rents on the property. Neither is she a licencee as she has no licence from the owners of the property to occupy same.
It is pertinent to add that the property at 3 Sasegbon Street, Ikeja GRA, is an official residence of the Deputy Speaker. The deputy speaker that succeeded Tejuosho was deprived of the property as well as the current deputy speaker, Wasiu Eshinlokun.
Sources revealed that the Lagos State House of Assembly, where Tejuosho currently serves as a member, eventually took the decision to eject her and not Governor Ambode, as it is being erroneously peddled in some quarters.
Funmi Tejuosho Forfeits Lagos State’s Deputy Speaker’s Residence was last modified: November 4th, 2017 by Reporter