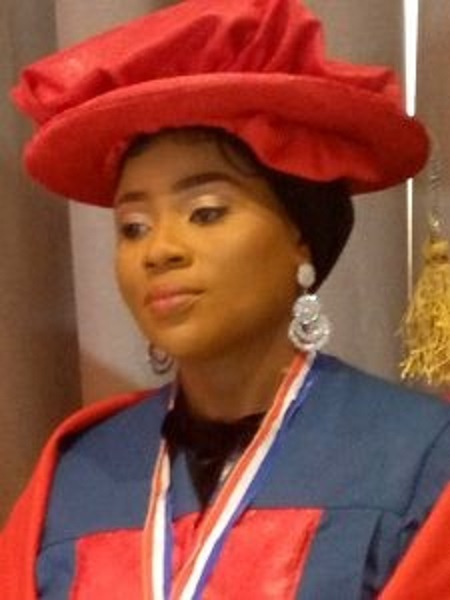 Few days after bagging two awards and putting up a commanding performance at the Annual City People Awards for. Excellence, Nigeria’s leading philanthropist, Engr Dr. Funmi Ayinke Waheed Adekojo has bagged another major honour. This time it is from the West African Youth Council.

Celebrities and friends were at the prestigious Radisson Blue Hotel in Ikeja Lagos to witness the presentation of the Award.

On hand to witness the event was the Professor husband of the Award winner, Professor Waheed Adekojo, former Deputy Vice-Chancellor of the Federal University of Agriculture, Abeokuta. So also was the Chairman of Nigeria Society of Engineers in Ogun State Engr Dr. Kolawole Olanade, representatives of the Honourable member representing Funmi Ayinke’s constituency in the House of Representatives, former Member of the House of Representatives, Hon Majekodunmi as well as siblings of the award winner, members and staff of FHF Foundation and other well-wishers.

In his opening remarks, Ambassador Emmanuel Wilson,  the President of the West African Youths Council, revealed that former Presidents of Nigeria and Liberia Obasanjo and Sirleaf Johnson were both previous winners of the Nelson Mandela Leadership Award. He also revealed that the organization takes the pain to monitor West Africans before conferring the Awards on them because they represent over 200 million youths in the West African sub-region.

Speaking on Funmi Ayinke, he revealed that the sterling qualities found in her include her dogged pursuit of empowerment for the youths as well as spending her money and time, her motivational program on Instagram which also helps to empower many youths. Given all these, the organisation picked her as a role model and Ambassador for youths in the region. Based on this, she was awarded the Nelson Mandela Leadership Award for Excellence and Integrity as Distinguished African Icon for Development.

The President of the organisation also revealed that the West African Youth Council is willing to help in advancing the humanitarian cause which Funmi Ayinke holds close to her heart by donating thousands of notebooks to schools in her community.

Earlier, husband to the Award winner, Professor Waheed Adekojo played glowing tribute to his wife in a moving speech. Describing her as a selfless woman, epitome of love and hard work. He revealed that he first saw her humanitarian activities in action during her days as a Corper in Jigawa State. He revealed how she raised money to provide portable water for the appreciative rural community where she served.

According to the Professor, the same traits she also exhibited when she worked at FUNAAB, despite the challenges posed by people who resisted her efforts to make things right.

Tributes also poured in from other associates as they appreciated the female Engineer who broke bounds to become one of the most influential philanthropist in the country and who has excelled in her chosen profession as an Engineer.

In her acceptance speech, the FunmiAyinke Humanity Foundation founder thanked God and the organization for the honour. She also appreciated her team at FHF as well as her husband who encourages her to go out and be the best she can be.